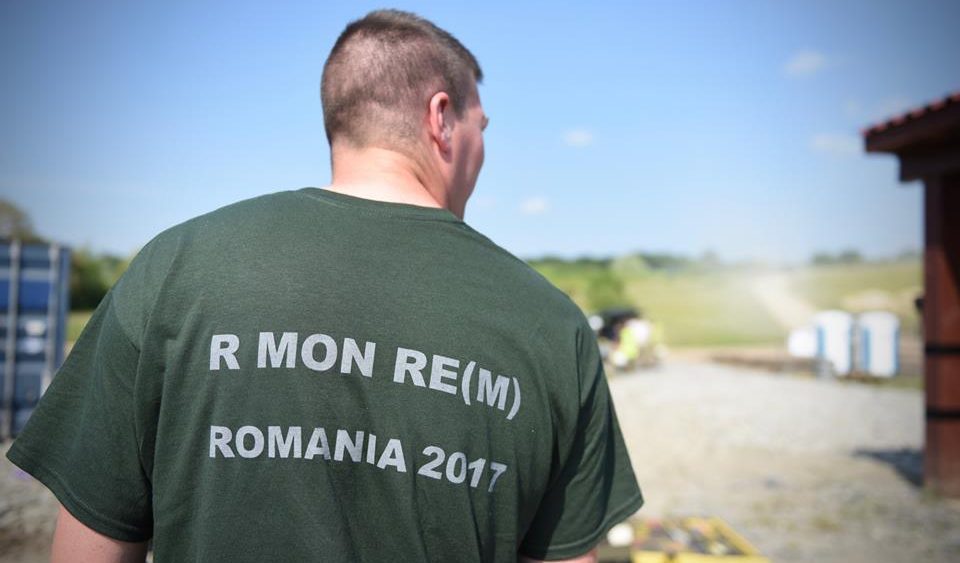 The first rotation of Army Reserve Royal Engineers from The R Mon RE (M) arrived safely in Romania for the start of Exercise RESOLUTE CASTLE. A small welcome parade was hosted by the Romanian Army with representatives from the United States Army 926th Engineer Brigade of the US Army Reserve. 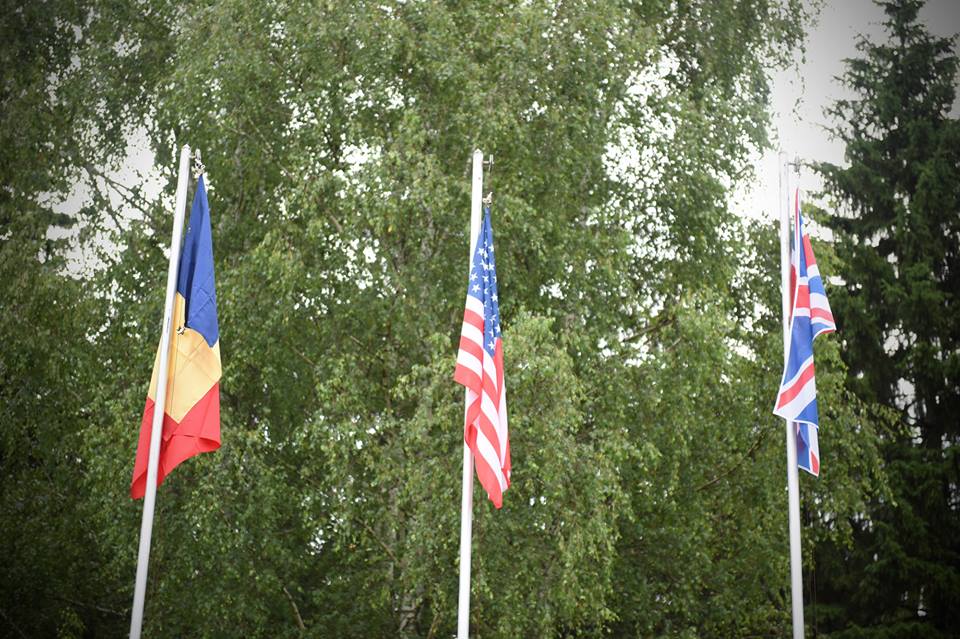 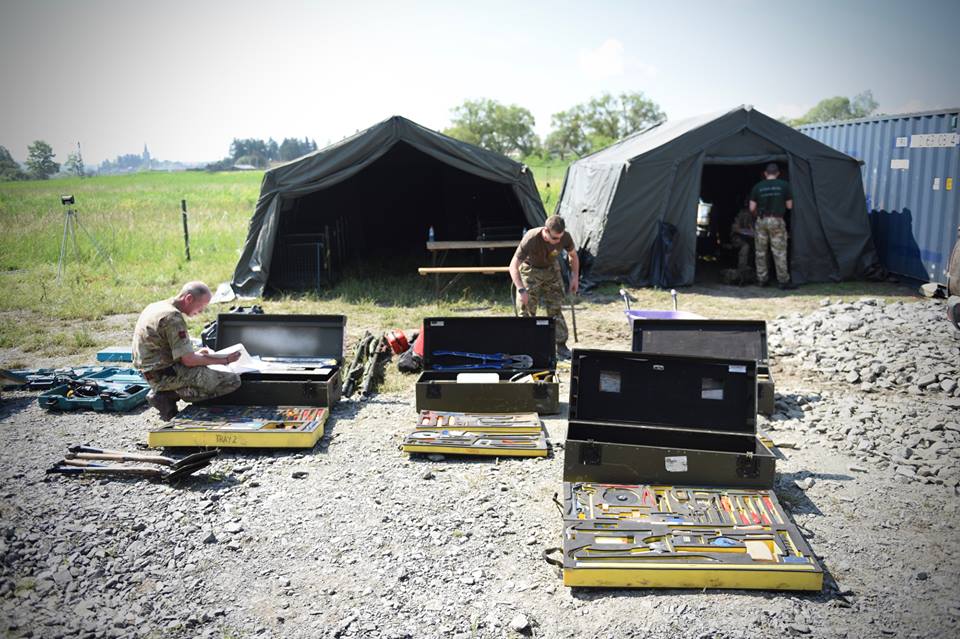 All three Squadrons along with Regimental Headquarters personnel will deploy between early June and late July 2017. The first rotation of over 50 personnel is being led by 100 Field Squadron (Militia) who are drawn from Swansea, Cardiff, Cwmbran and Bristol as well as some soldiers from the Monmouth Headquarters detachment. 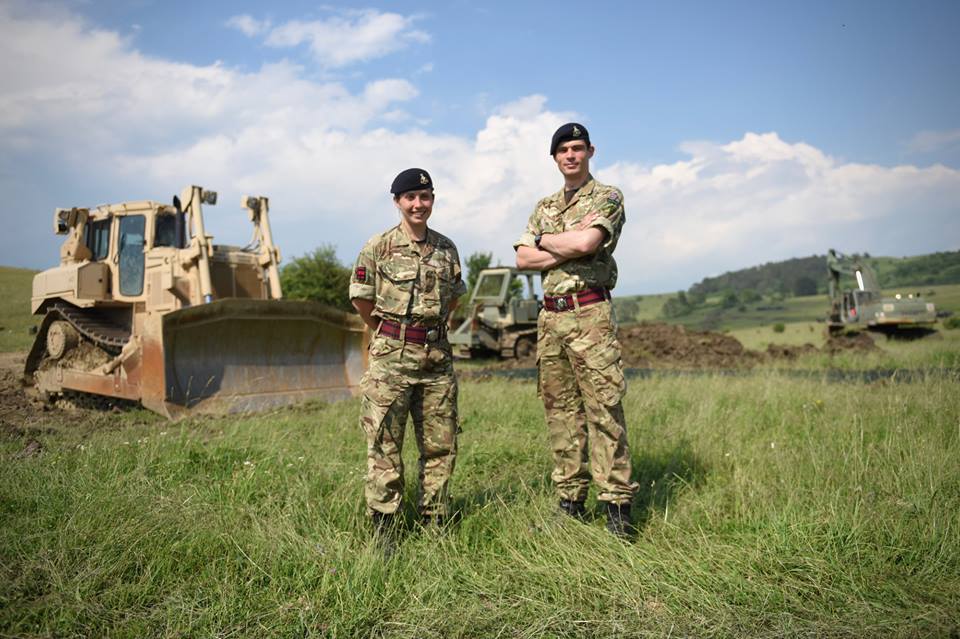 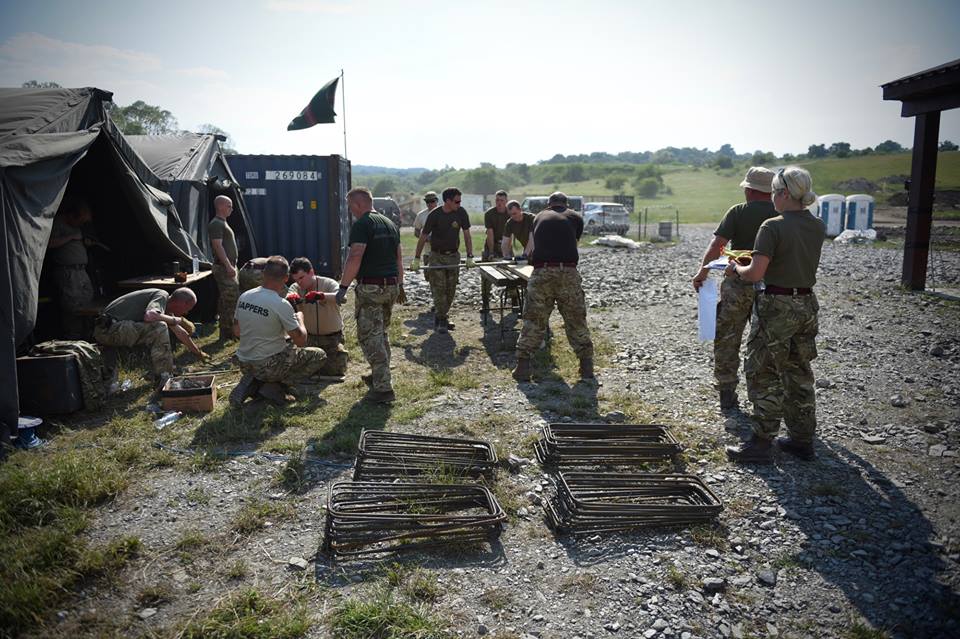 Over the next 6 weeks a number of construction projects will be completed working with both 926th Engineer Brigade and the 10th Romanian Engineer Brigade.  Ex RESOLUTE CASTLE will develop Cincu training site on which infantry and armoured units will train for years to come and improve the facilities that deliver that training. 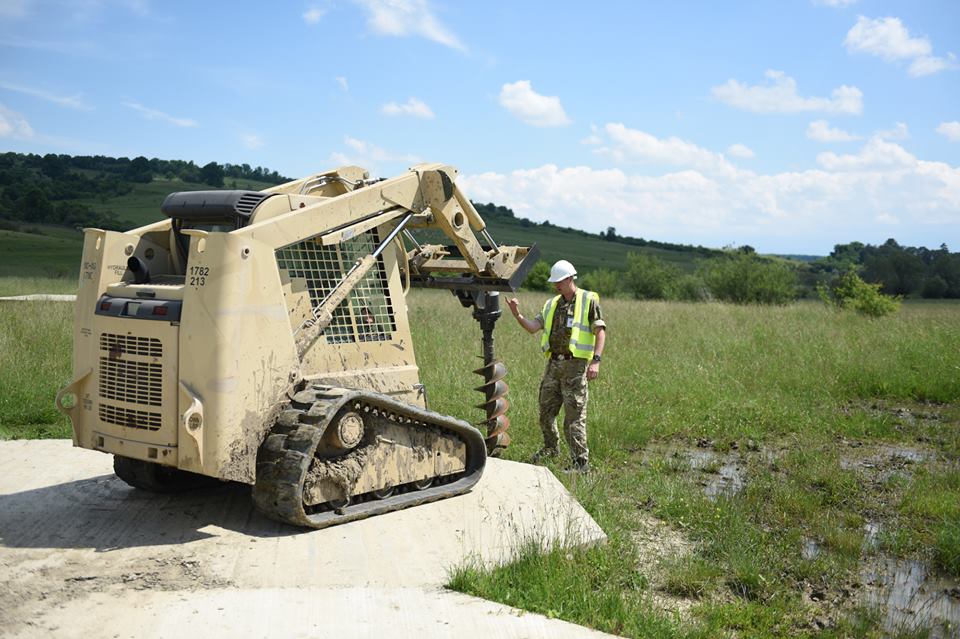 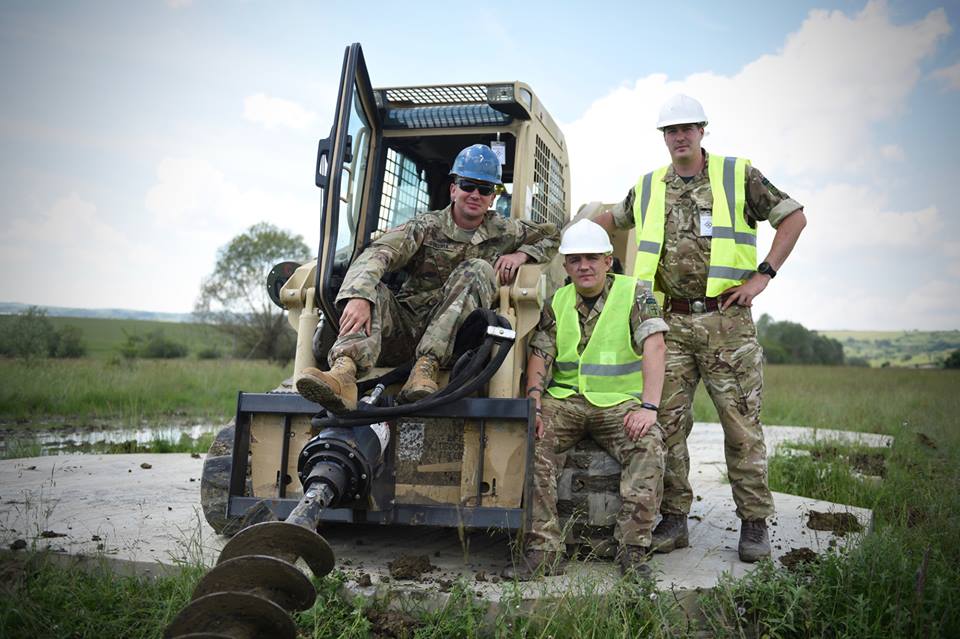 During the first week work began on our initial tasks with the weather deciding that temperatures up to 31°C and intermittent thunderstorms would add to the challenge.  As #ExRESOLUTECASTLE is a US Army led multinational exercise Brigadier General Jolly of the US Army visited our soldiers at their Forward Operating Base (FOB) and the construction sites. 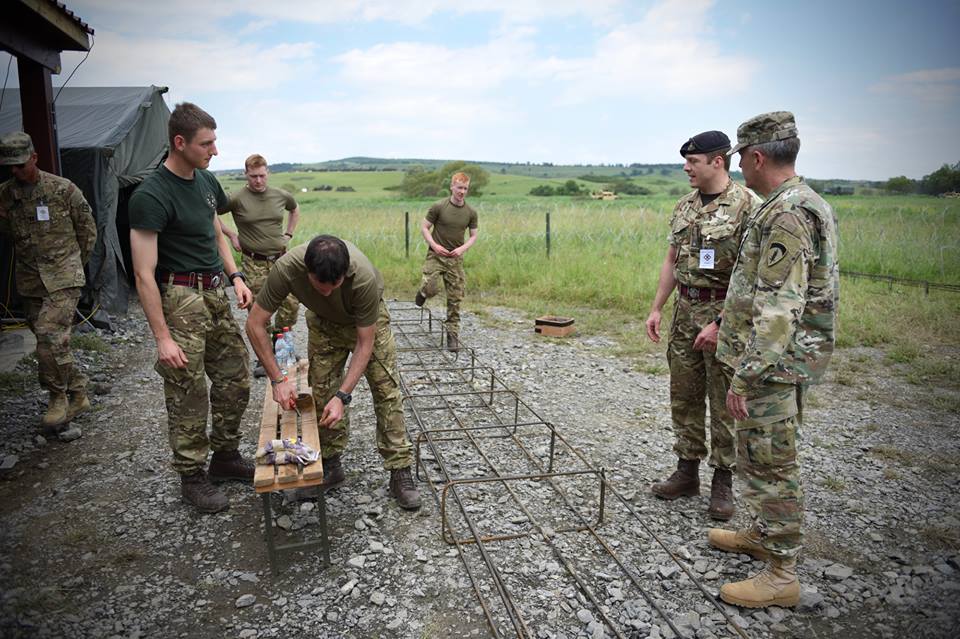 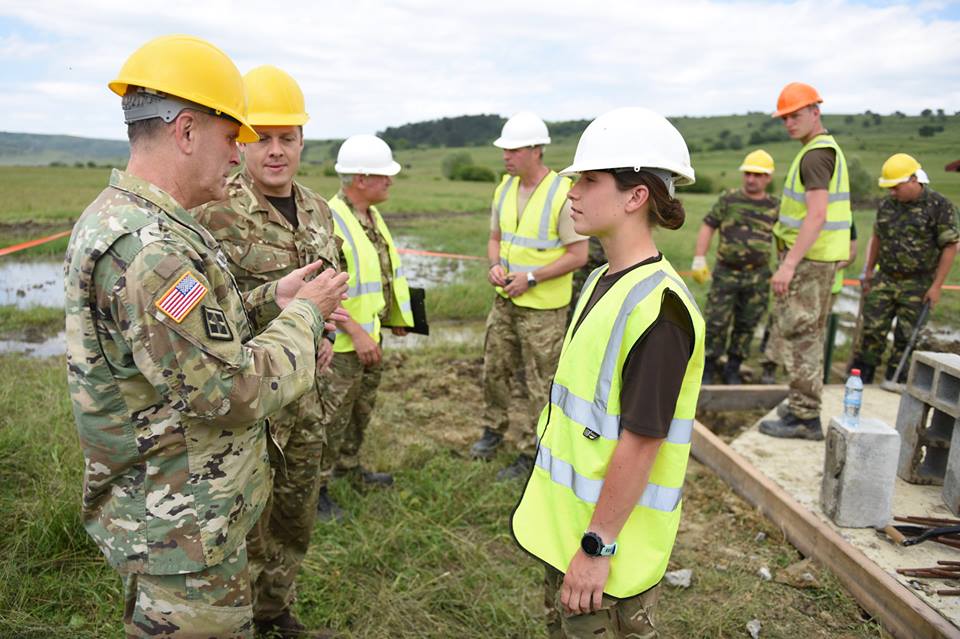 Amongst the tasks on #ExRESOLUTECASTLE are a number of Multi-Purpose Covered Shelters (MPCS) and Ops storage buildings as well as a Live Fire Range and Range Tower.  The Royal Monmouthshire Royal Engineers (Militia) will be constructing an MPCS and 2 Ops storage buildings during the 3 rotations.