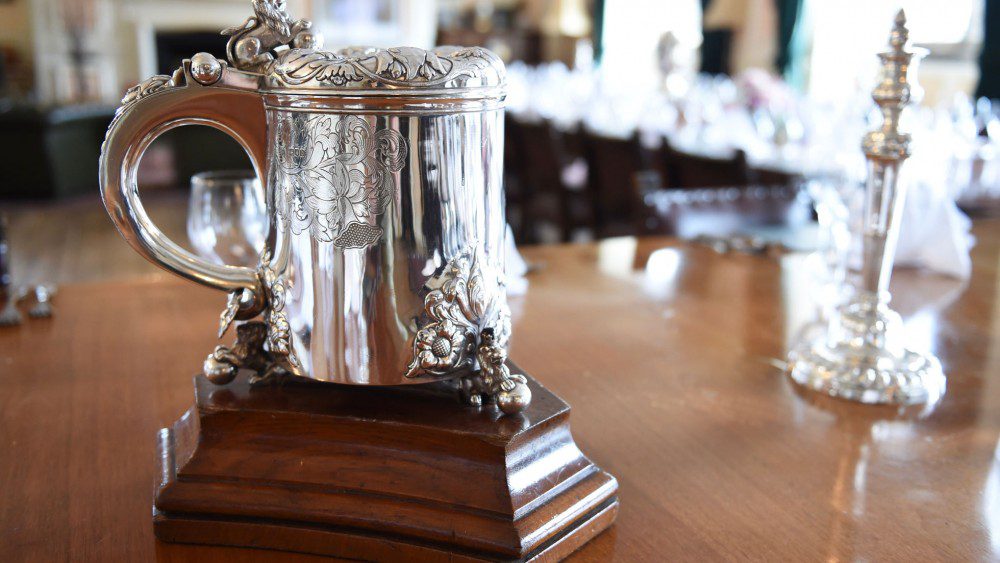 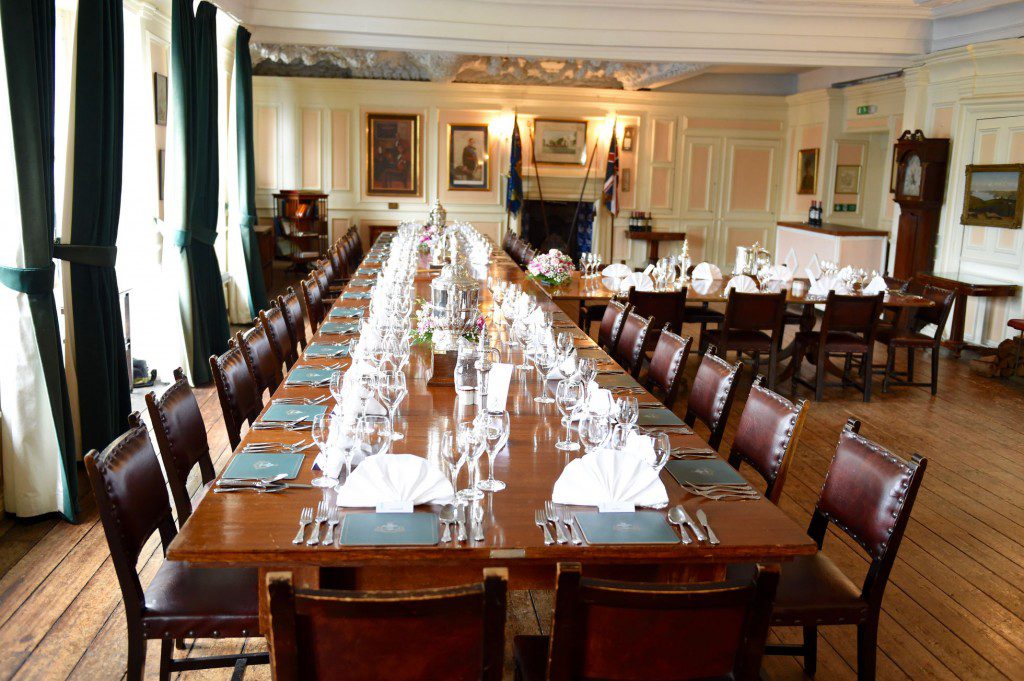 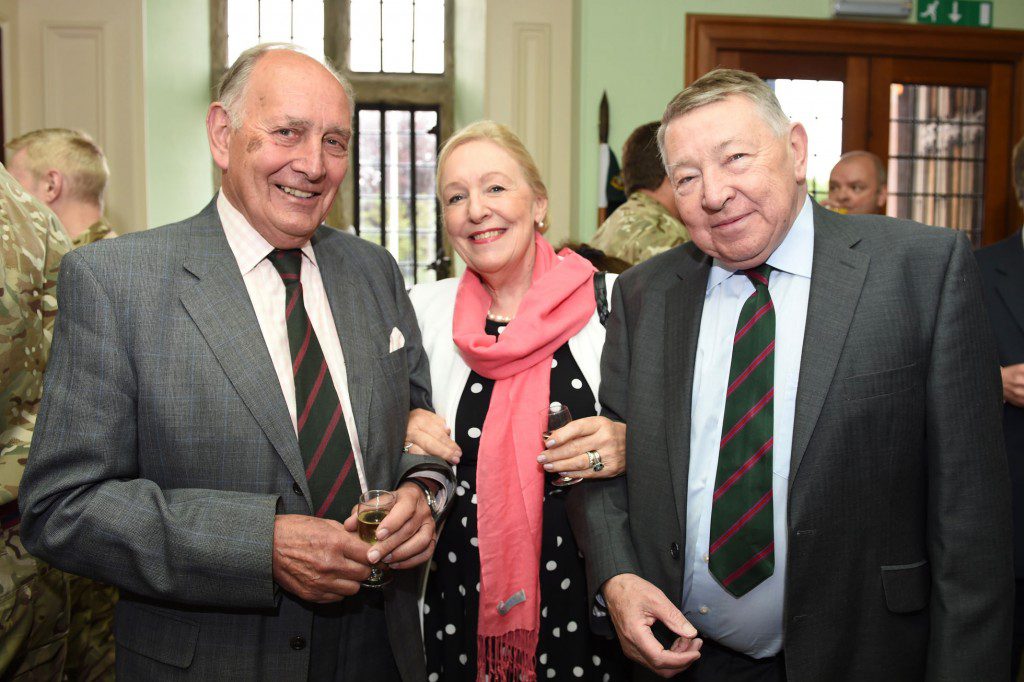 The Dining Club’s annual luncheon was held in the Officers’ Mess on Saturday 21st May 2016.  This tradition began in 2001 and one of the reasons it was established was to allow some of the older members, who found attending the annual dinner difficult, the opportunity to socialise with their friends and former comrades whilst travelling and returning home on the same day. 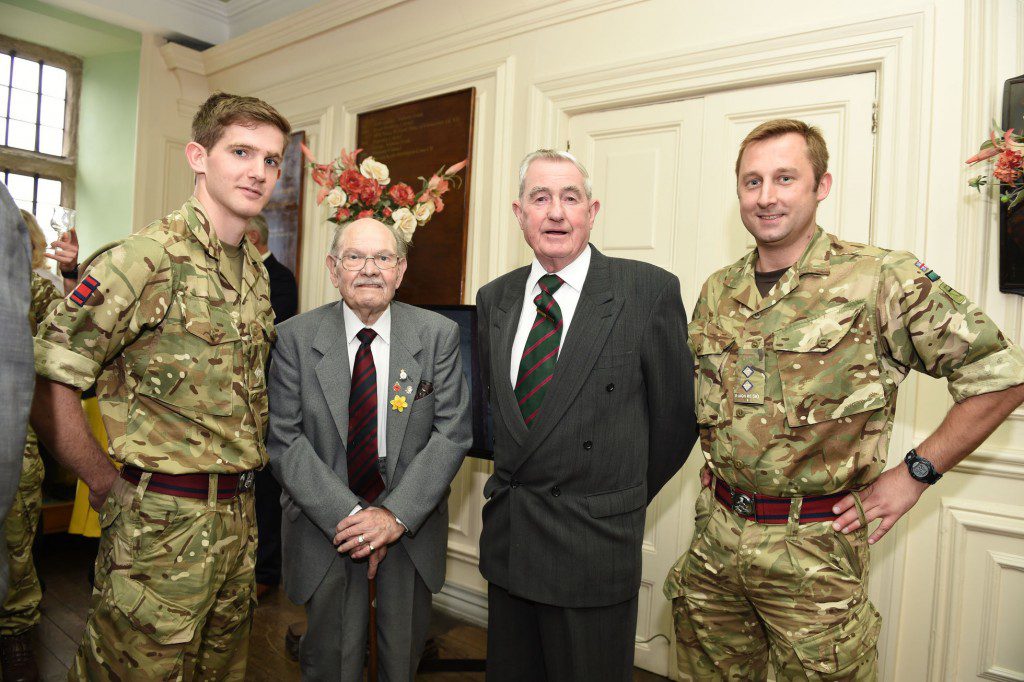 This year was the sixteenth event which was attended by 42 serving and former officers of the Regiment and their guests.  A most convivial and delicious luncheon ensued, served on the new monogrammed Regimental crockery, in our magnificent dining room where the table was bedecked with Regimental silver complemented by displays of colourful spring flowers. The Chairman, Major Keith Down, presided and read the apologies for non-attendance along with many messages of goodwill from members who were unable to be present on this occasion.  The Commanding Officer, Lieutenant Colonel Scott Spencer, spoke after lunch with a most informative and welcome ‘state of the Regiment’ address. 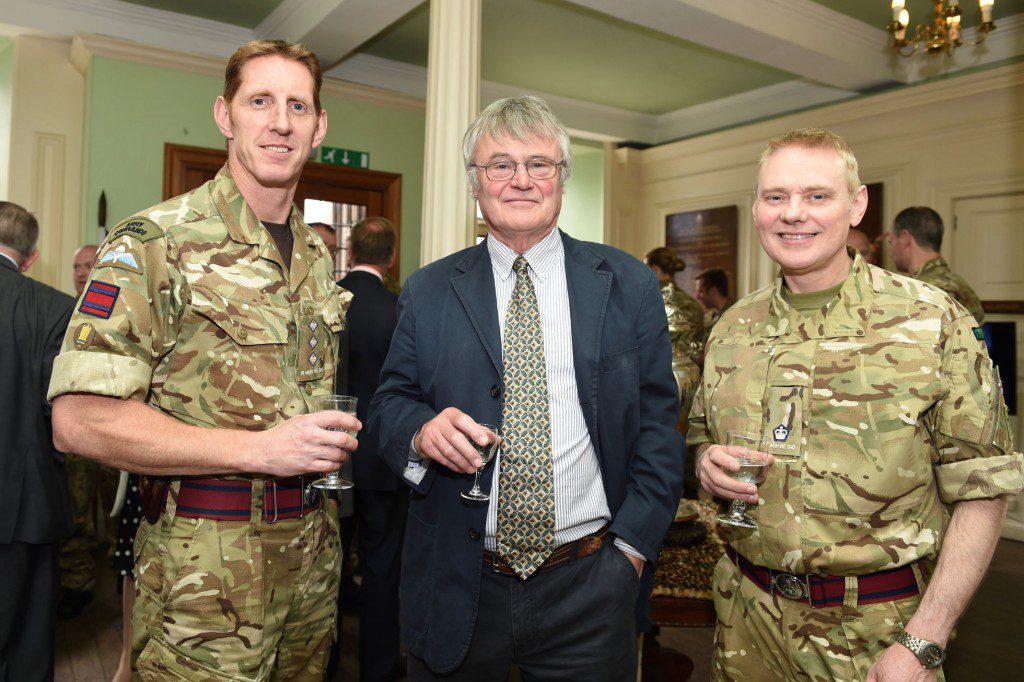 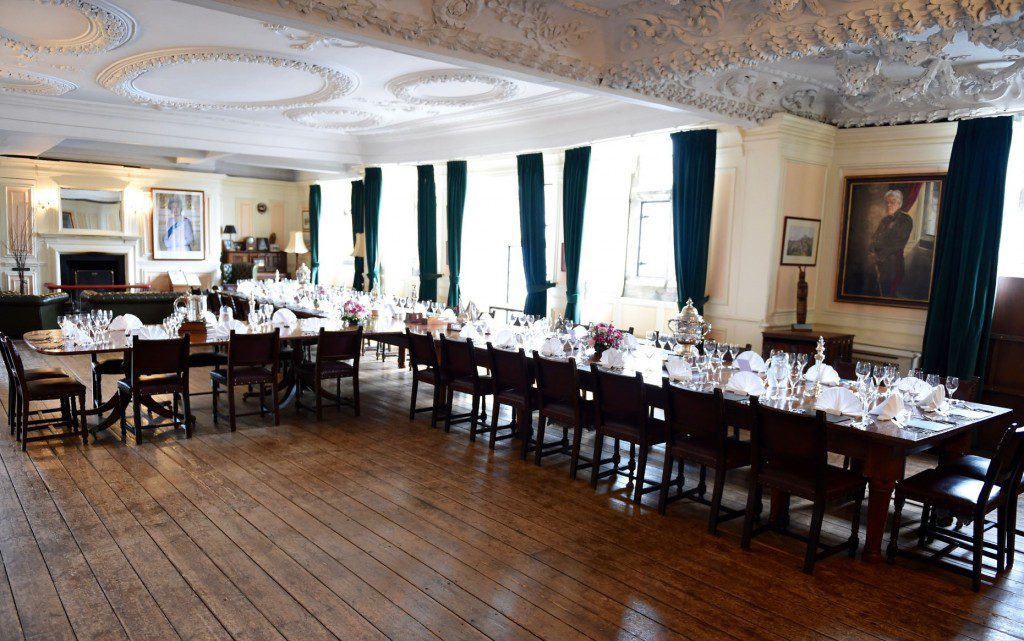