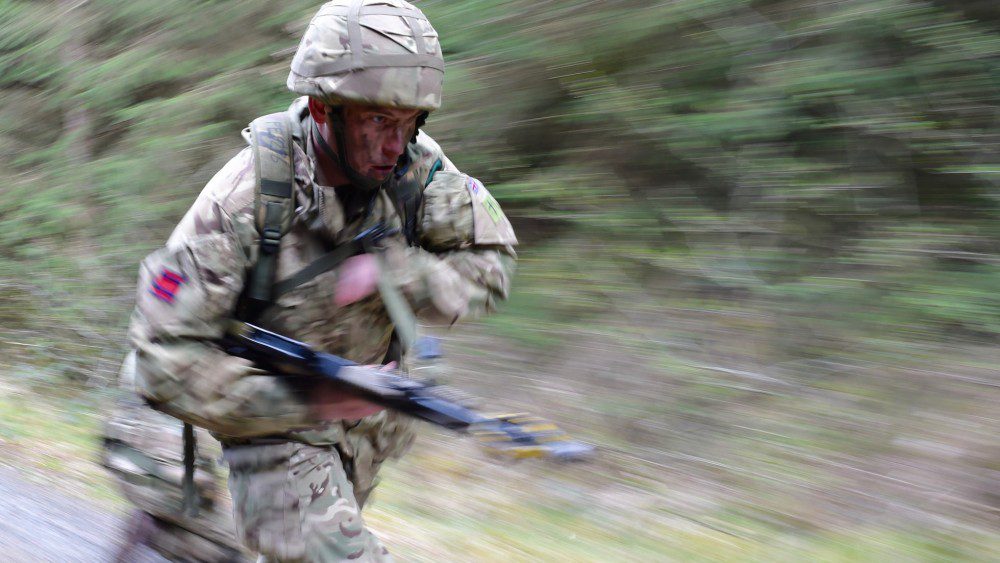 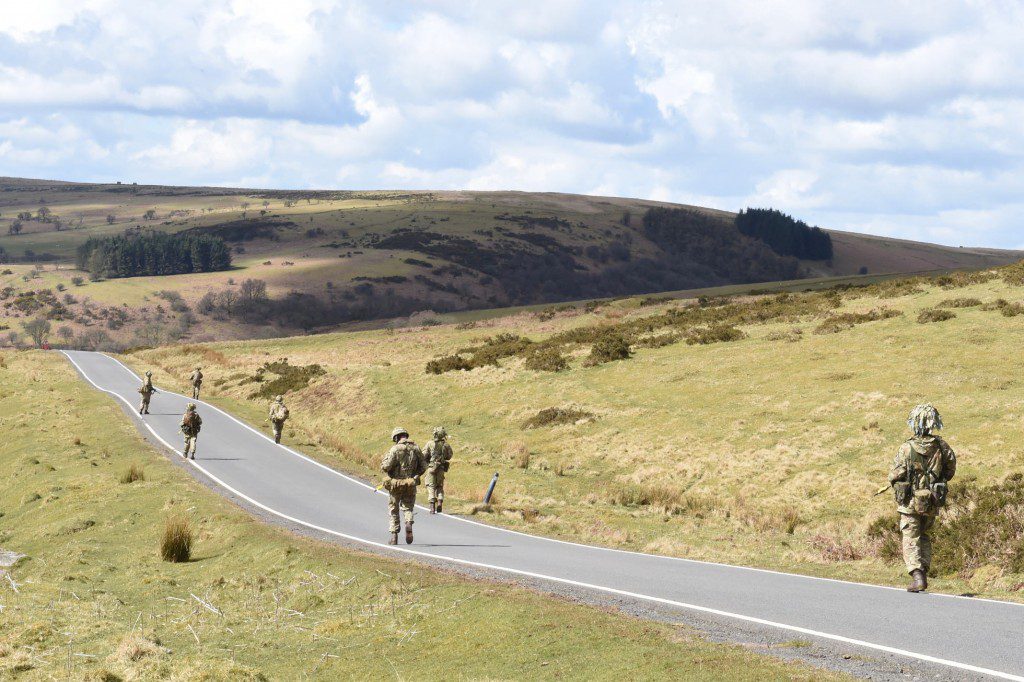 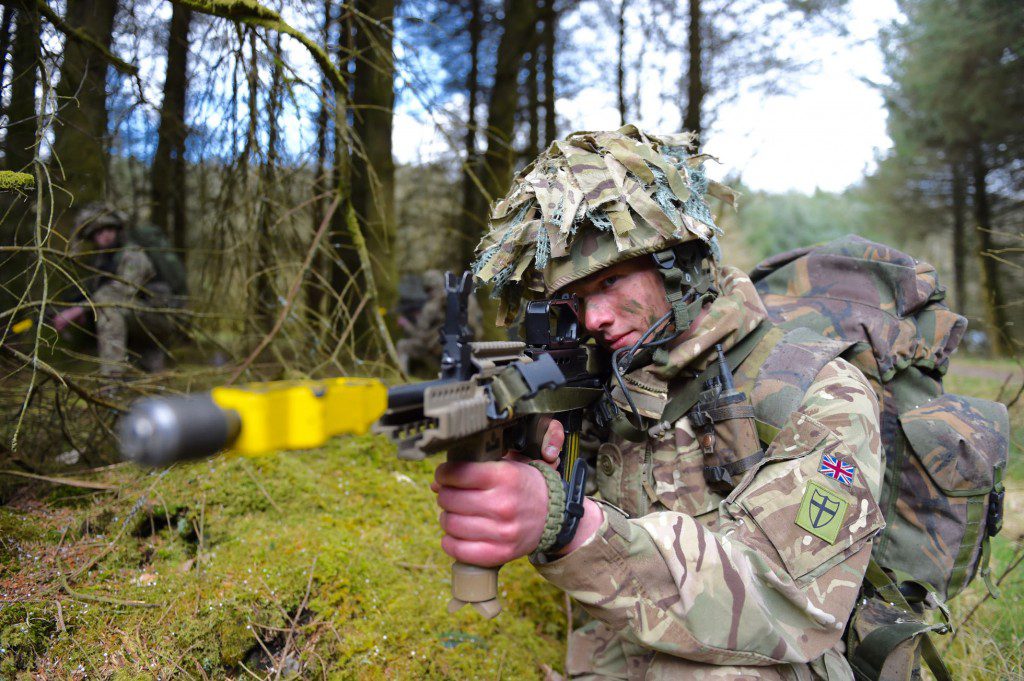 Sennybridge Training Area, at any time of year, has a reputation for being able to deliver more than one season in a single day.  It certainly lived up to that reputation the weekend of the 16th/17th April as soldiers of the Royal Monmouthshire Royal Engineers (Militia) deployed there.  Throughout the weekend, the Army Reserve Combat Engineers from 100 Field Squadron, 225 Field Squadron and Jersey Field Squadron refreshed infantry skills that included preparation for battle (PAWPERSO), battle casualty drills, patrolling, fire and manoeuvre with anti ambush skills. They also conducted map reading and night time reconnaissance patrols. 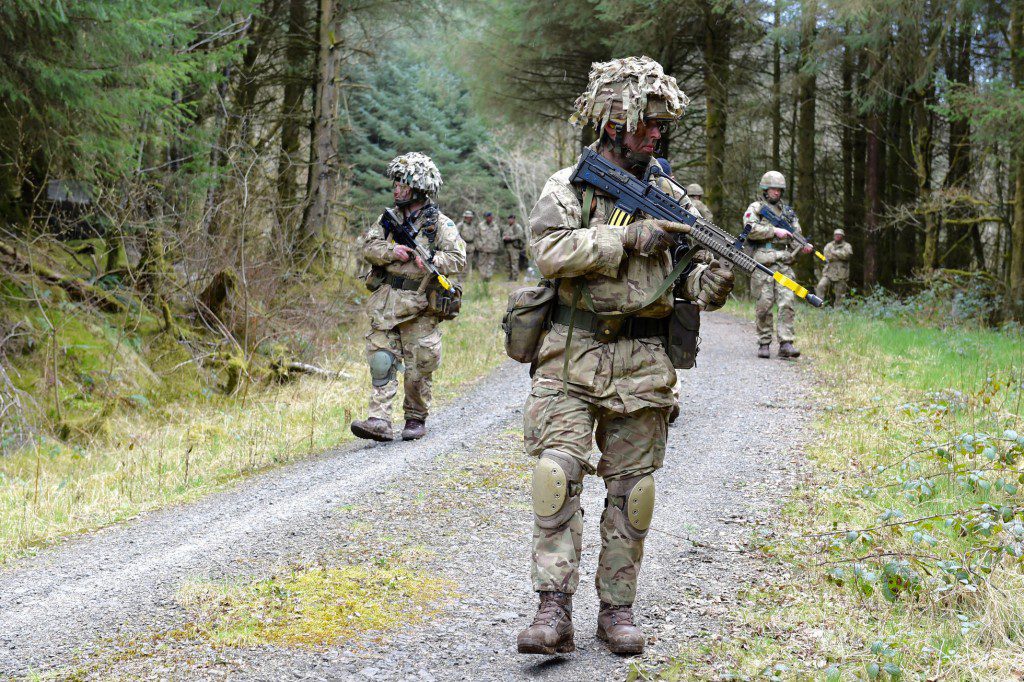 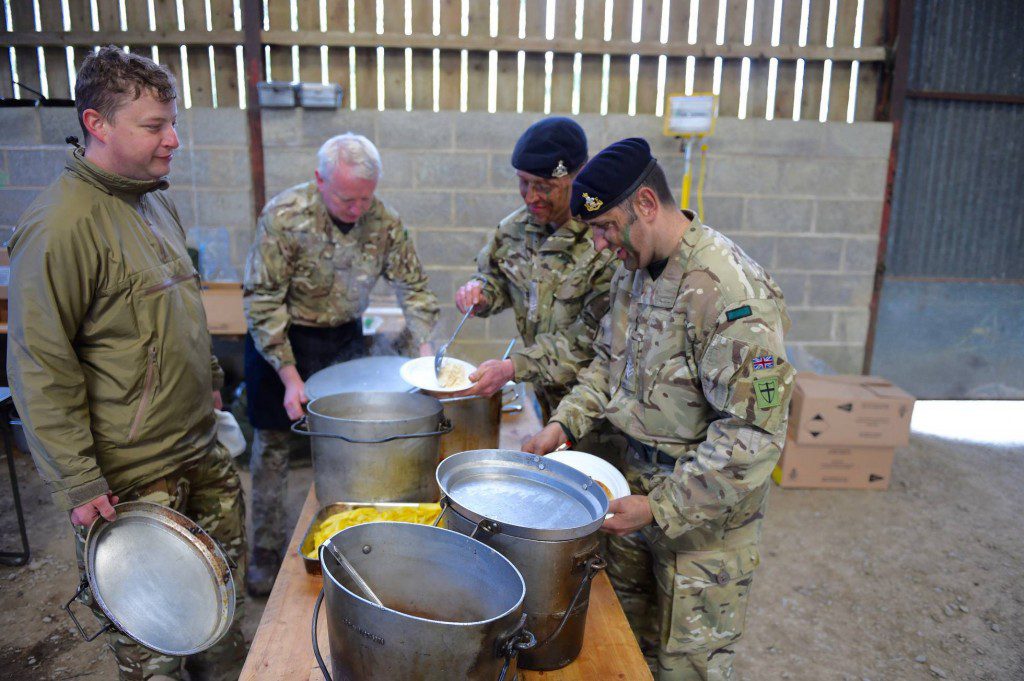 During the weekend exercise support staff that included Chefs, Signallers and Drivers were also tested working in field conditions. 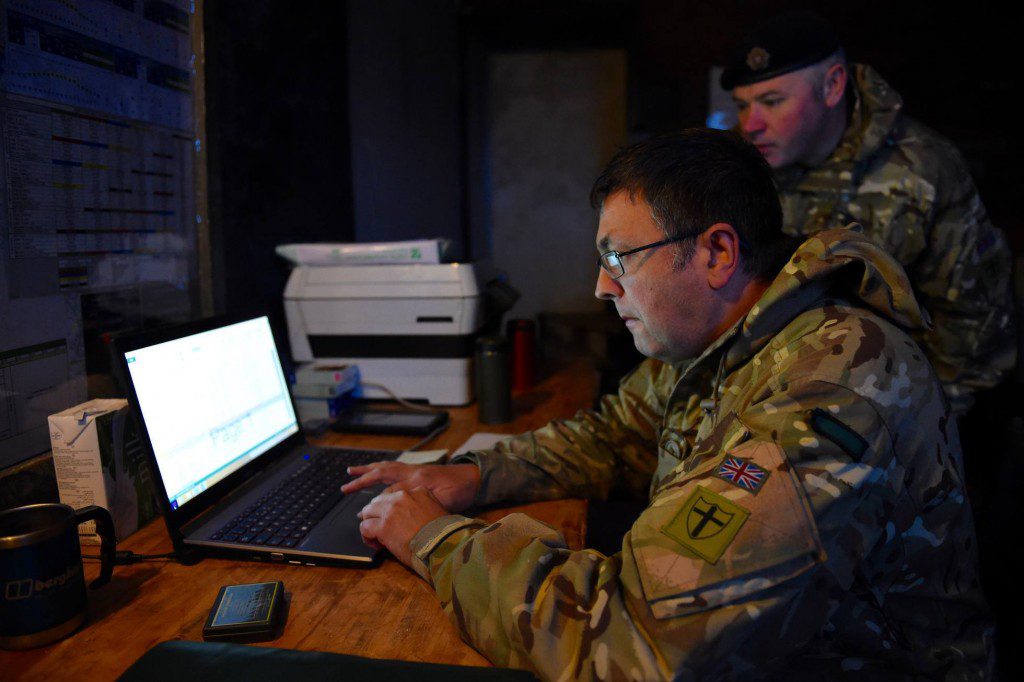 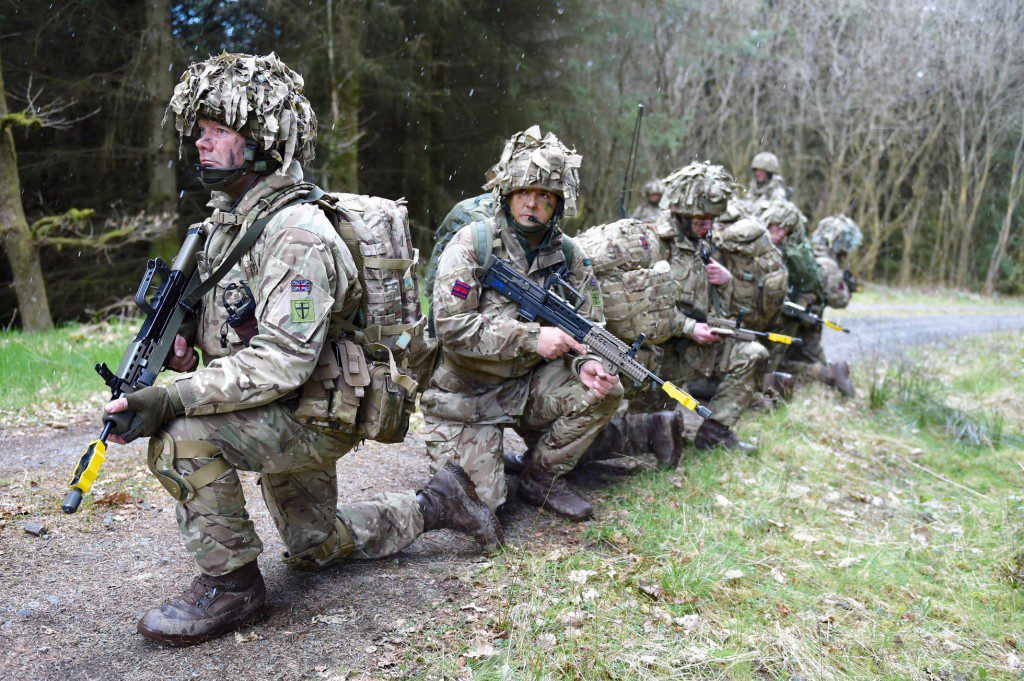