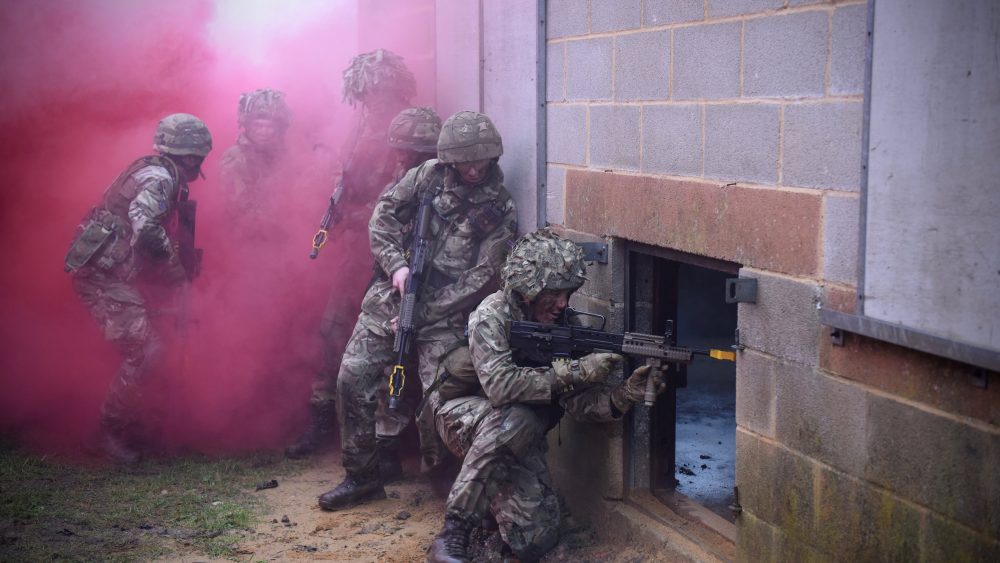 January! FIBUA at Copehill Down & mine clearance at Swynnerton.

The first training weekend of 2017 found soldiers from our South Wales sub-unit, 100 Field Squadron, assembling at Copehill Down.  Copehill Down is a training facility on Salisbury Plain that allows for Regular & Reserve soldiers to practice FIBUA (Fighting In Built Up Areas).  The unit comprises soldiers from its Bristol, Cwmbran, Cardiff & Swansea detachments and for this event some members of RHQ Troop from Monmouth also joined in. 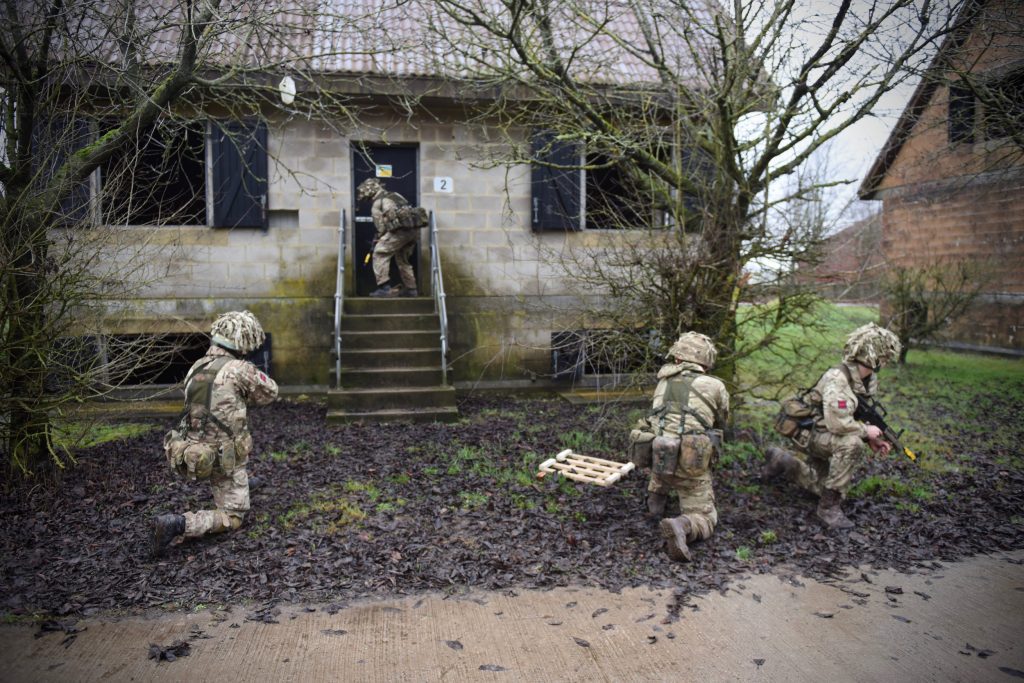 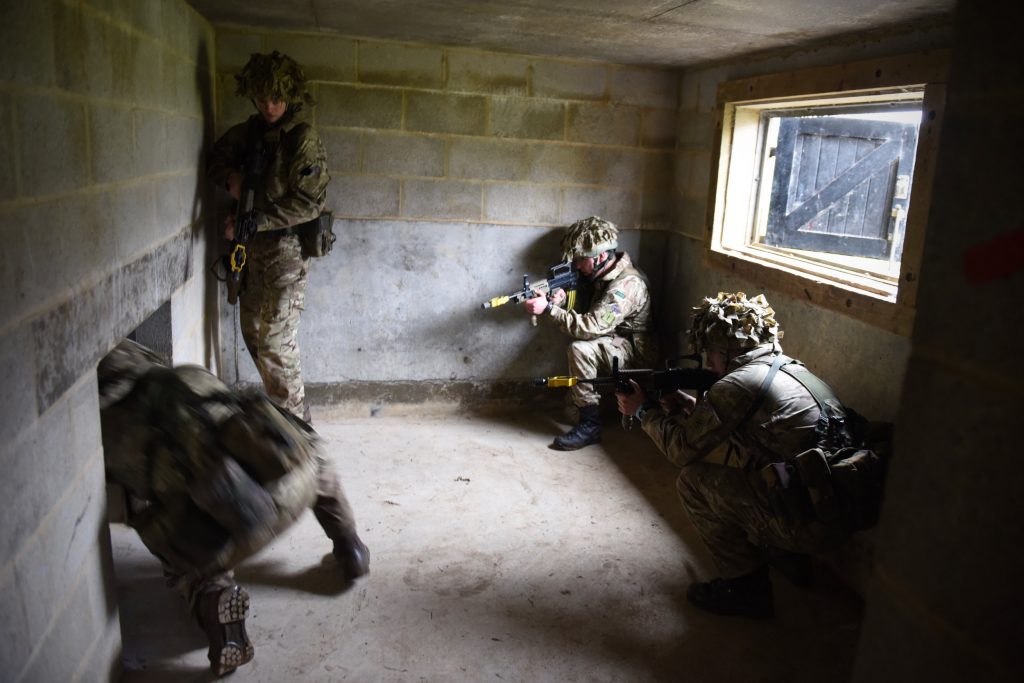 Saturday morning found our soldiers running through training that refreshed some old skills and knowledge of infantry patrolling and urban assault and then built on those foundations.  Armed with this it was time for some practice.  The patrols were sent out with commanders controlling routes and were then subjected to attacks from a co-ordinated enemy.  This allowed the patrol commanders and their soldiers to react with the training they had received in unrehearsed scenarios thus giving that extra layer of realism.  The day finished with completing the confidence course. 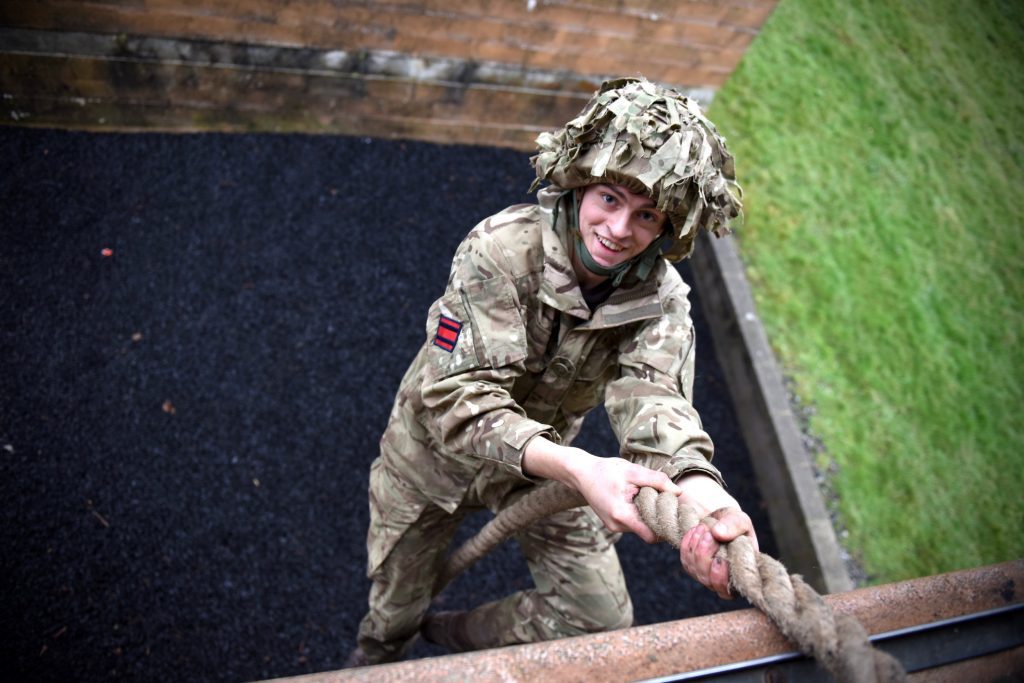 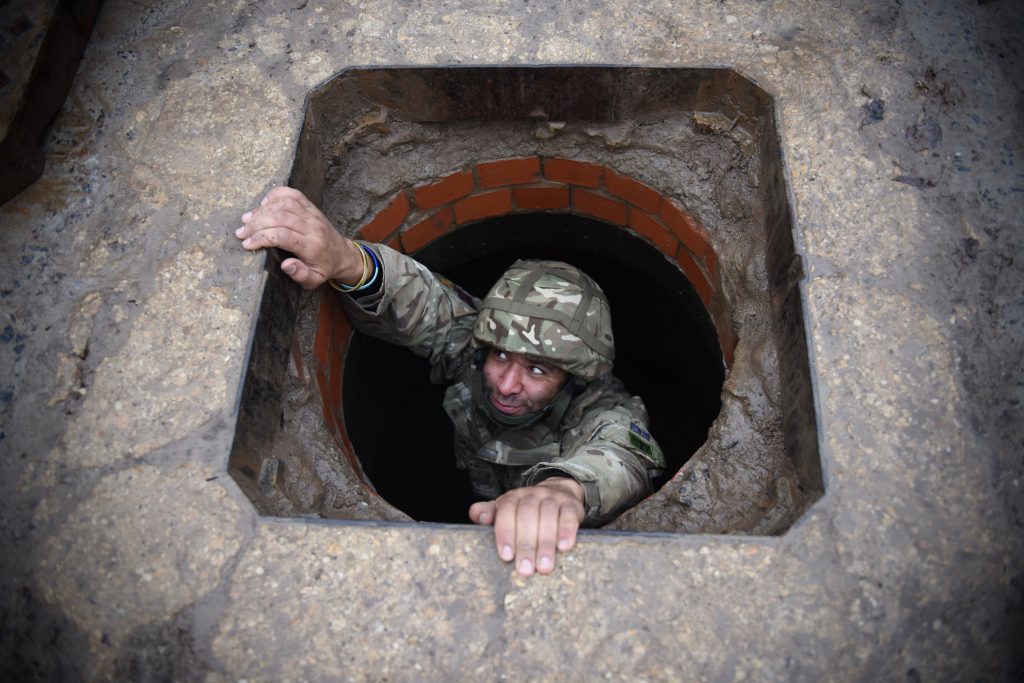 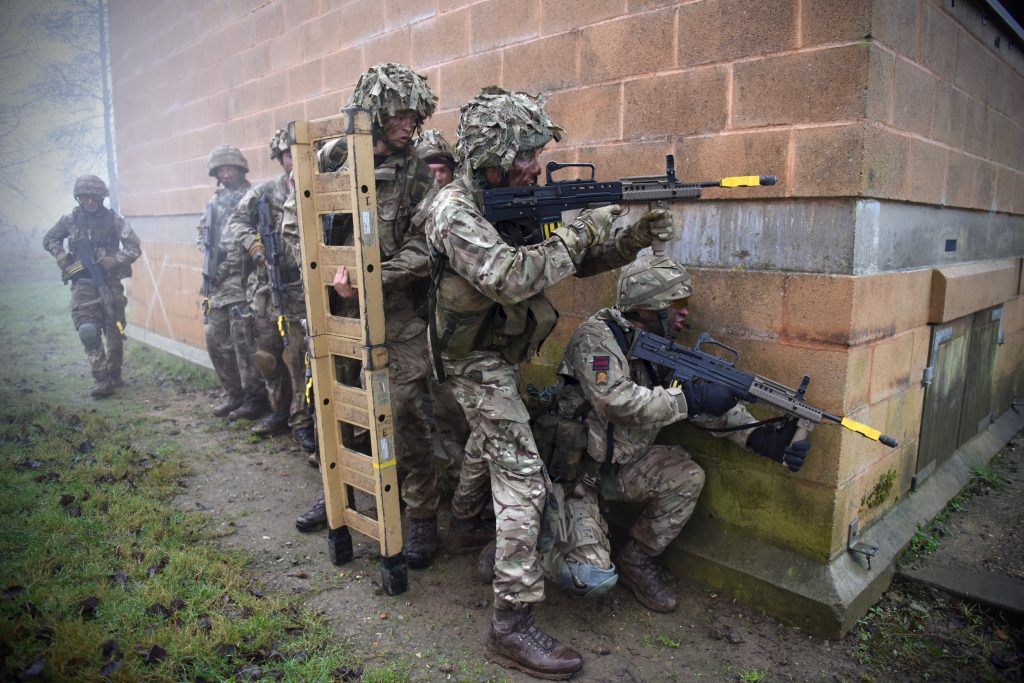 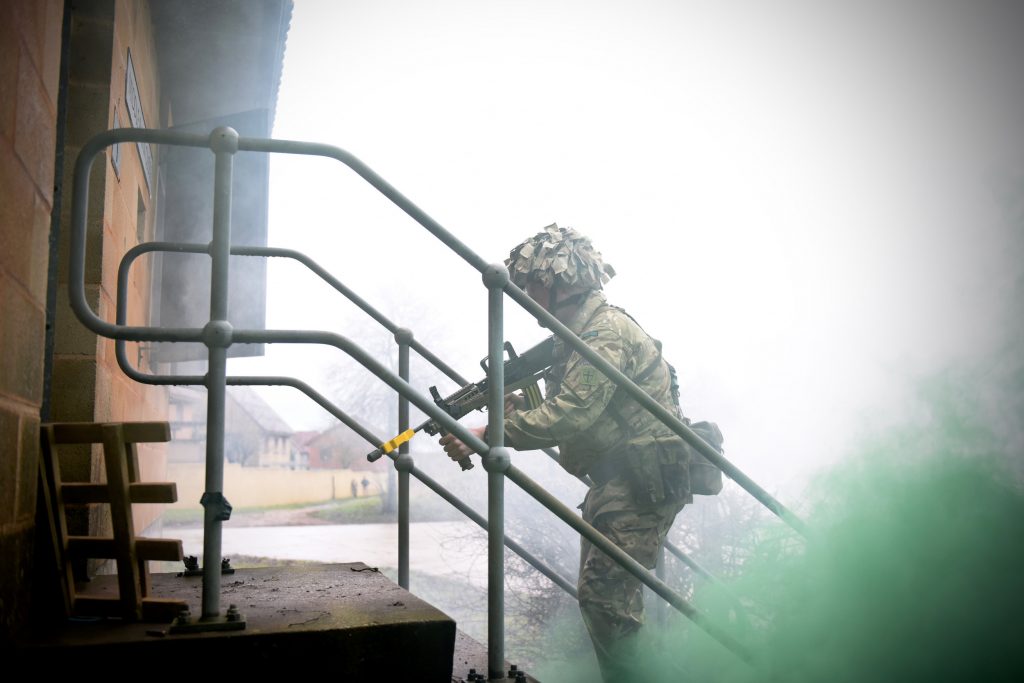 Meanwhile soldiers from our West Midlands sub unit, 225 Field Squadron, refreshed themselves on minefield marking and clearance by hand as well as the use of trip flares .  The basics of this skill are important for every soldier but, especially with the more advanced methods for dealing with minefields, has always been seen as belonging to the Royal Engineers.  Whilst Britain is a signatory to the Ottowa Treaty and therefore only uses mines in a limited and controlled capacity it is important to be able to deal with mines that others may have laid.  Indeed there are many legacy mines around the world left from years of conflict.  Royal Engineers have often found themselves training local forces or people to clear these legacy mines to make those areas safe again.  The task requires patience, discipline and some nerve!  225 Field Squadrons soldiers parade at Oldbury (Birmingham), Cannock and Stoke-on-Trent. 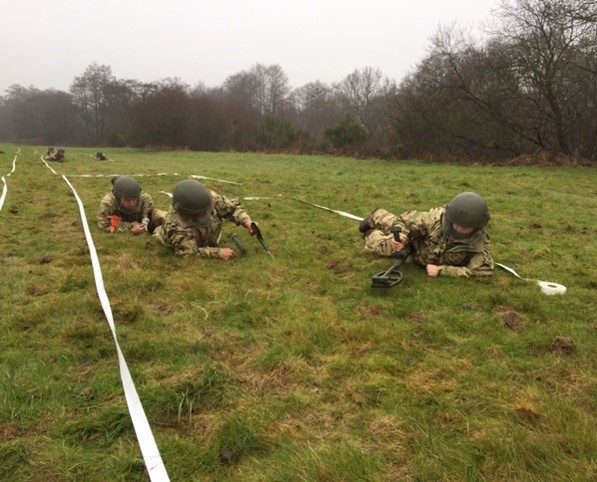 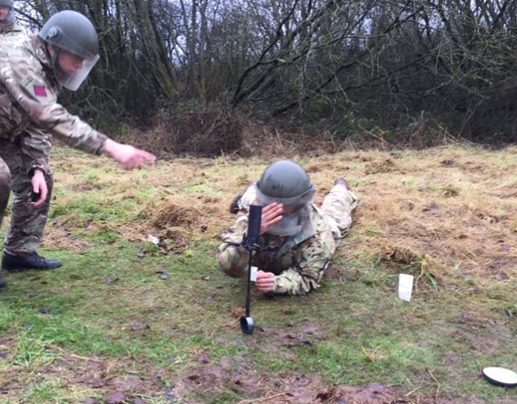 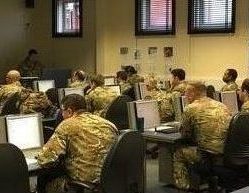 Signallers (communicators/radio operators) from across the Regiment were able to attend training at Gibraltar Barracks, learning how to use the computer system that tracks the whereabouts and progress of all soldiers in either of the other two tasks or anything else they may be doing to ensure that their commanders can make the best decisions based on their knowledge of the situation. 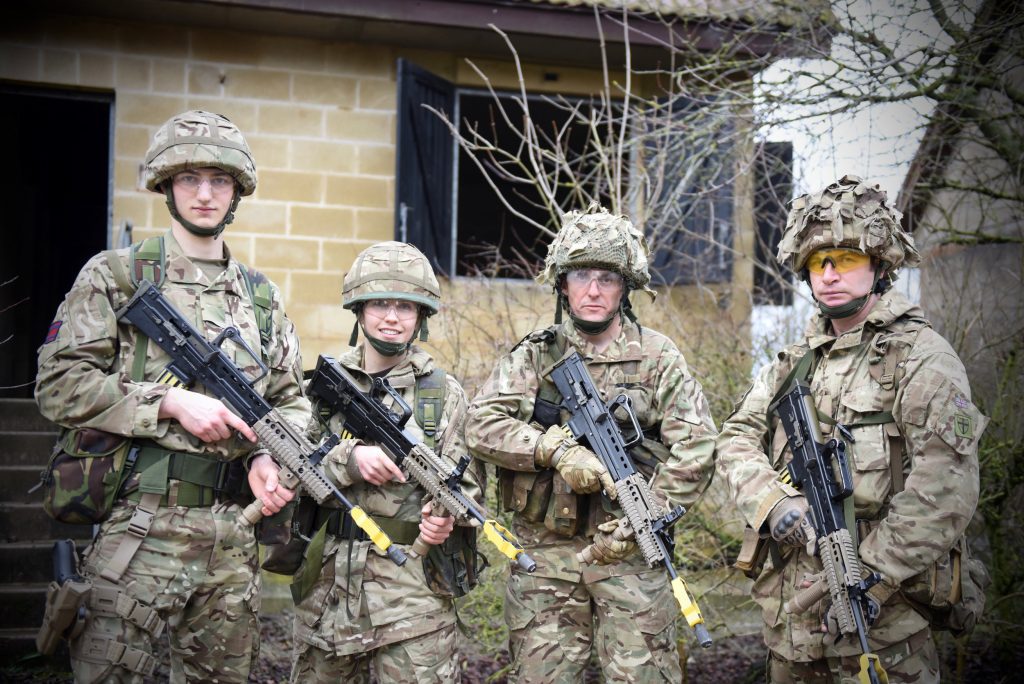