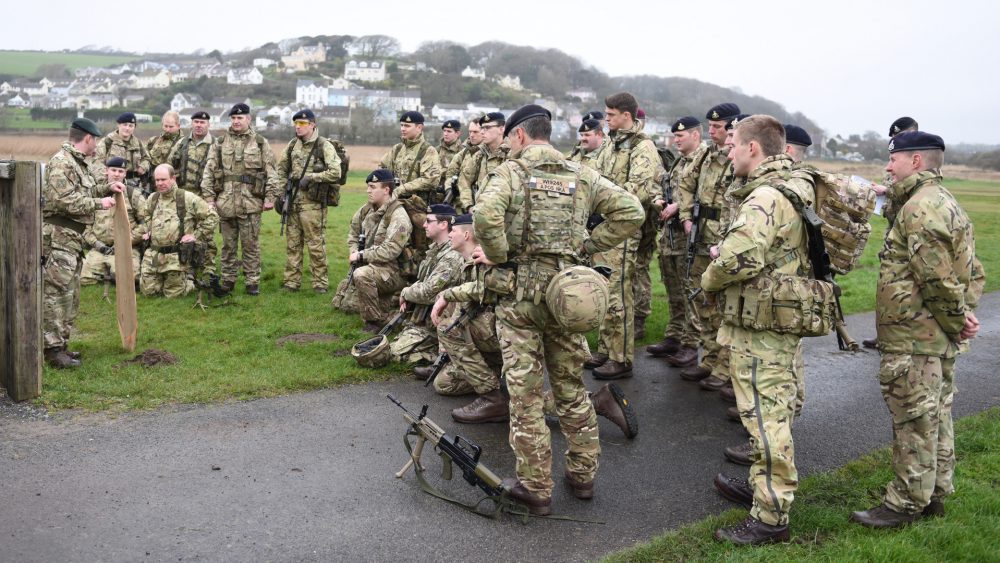 Penally Training Camp played host to Army Reserve Royal Engineers from 100 Field Squadron for a busy weekend of marksmanship and close quarter bayonet training.  The soldiers from Swansea, Cardiff, Cwmbran and Bristol began the weekend with marksmanship coaching from WO1 Paul Casey from the Small Arms School Corps (SASC) who are based at Army Headquarters in Andover.  WO1 Casey is the brother of Captain John Casey from 100 Field Squadron who helped to organise the weekend training and between them they have over 45 years of service between them. 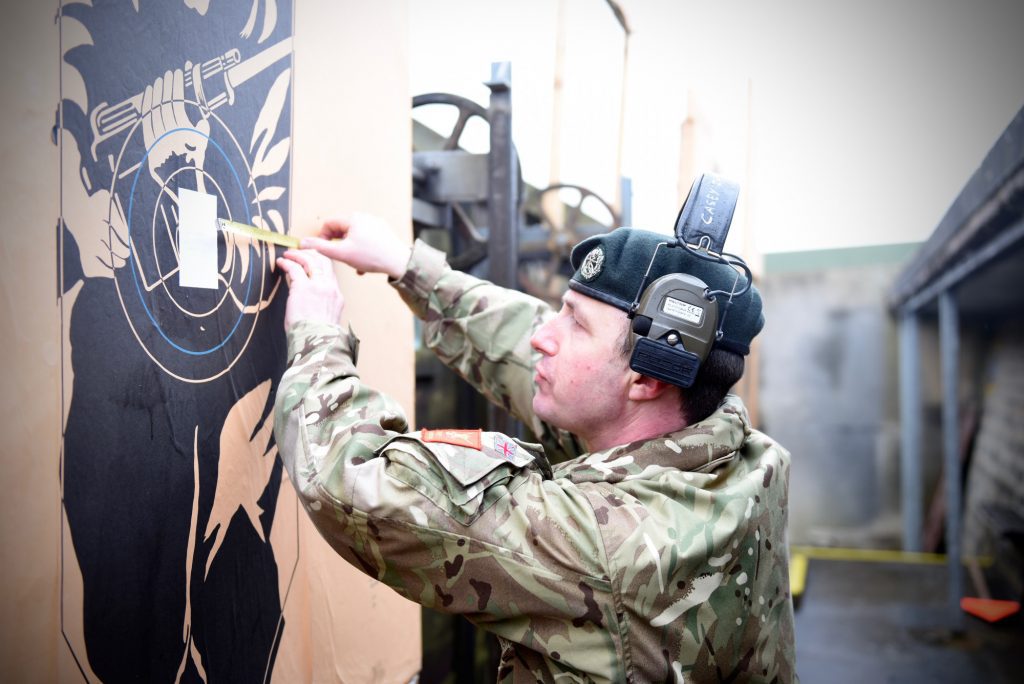 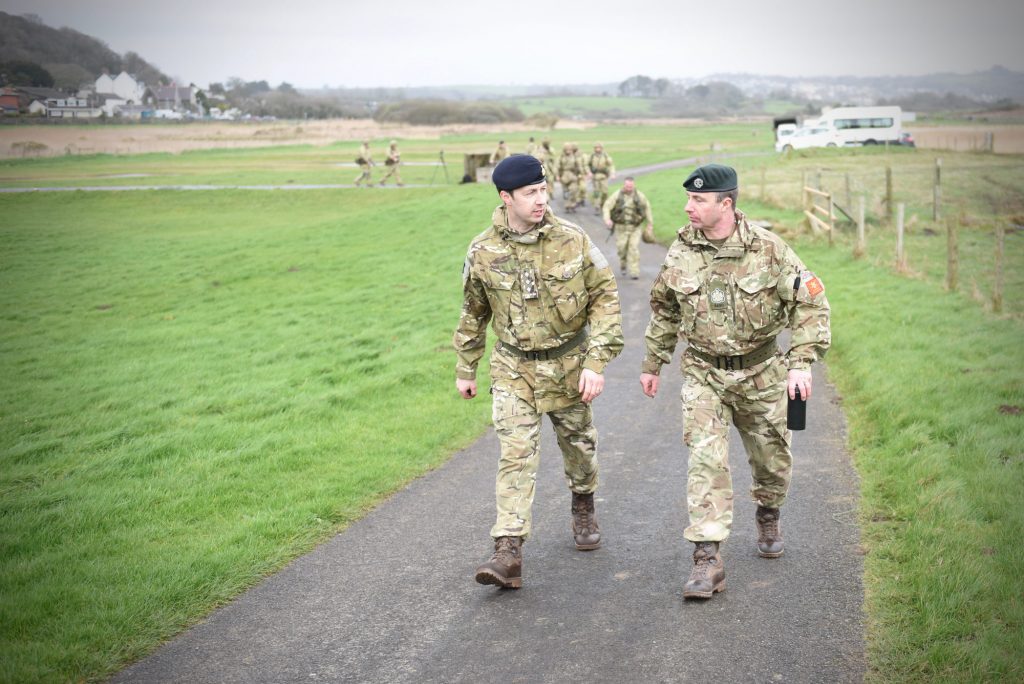 The following day saw the soldiers preparing for the bayonet training by crawling and sprinting between points.  Bayonet training requires aggression to be controlled and channeled and physical fatigue can help bring this out.  Under the watchful eye of WO1 Casey, Corporal Christian Mattey from 100 Field Squadron then delivered the lesson where the soldiers then fixed bayonets and conducted Close Combat Training.  A bayonet (from French baïonnette) is a bladed weapon such as knife or short sword or spike-shaped weapon designed to fit in, on, over or underneath the muzzle of a rifle, or similar weapon, increasing the weapons reach almost turning it into a spear. Some modern bayonets, such as the one used on the British Army SA80 assault rifle, can be used as wire cutters when combined with their scabbards. 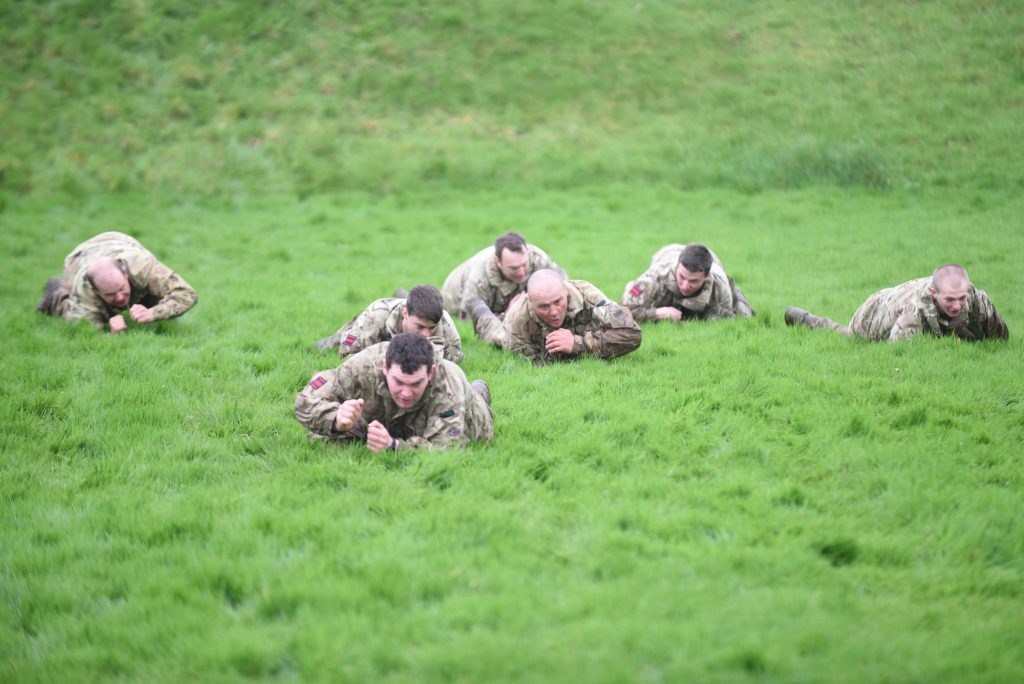 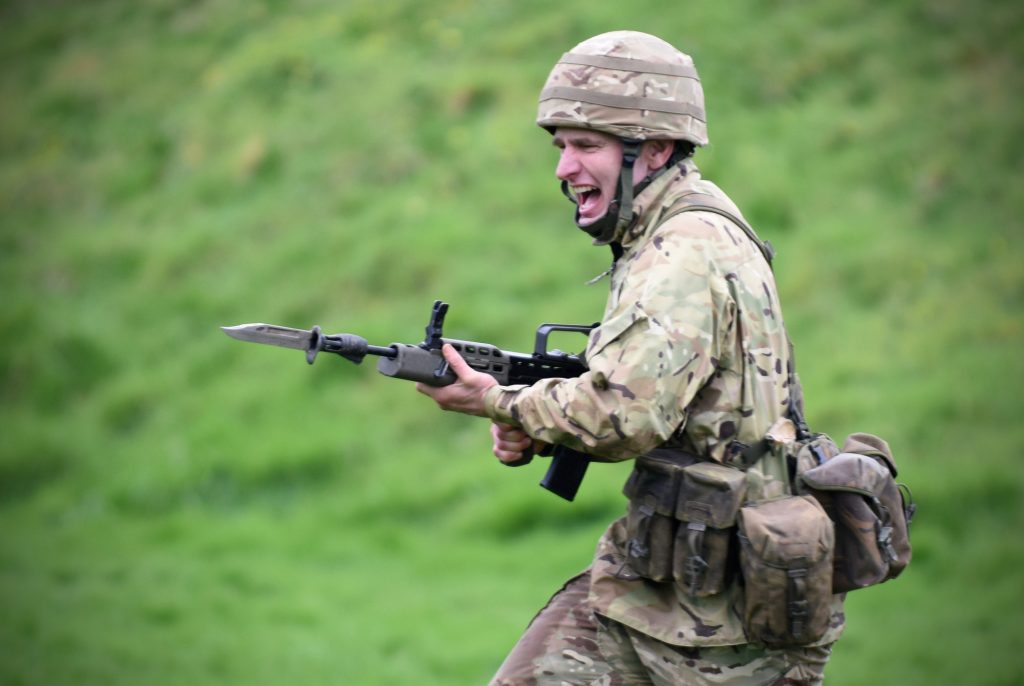 If you’d like to see more go to our Facebook page or view the photo albums for Brothers in Arms or Bayonet training.

If you would like to find out more information about becoming a Reserve Royal Engineer (or a chef) please call 01600 711455 or 07880 053196 or email rmonrem.recruiting@hotmail.co.uk using the contact form on this website.