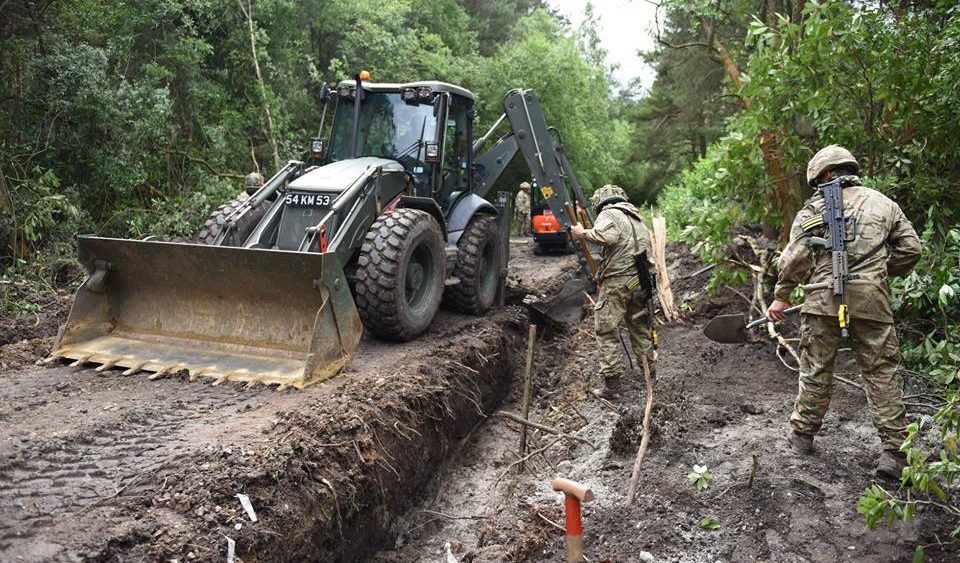 After a successful first week’s training in Weymouth, culminating in the Weymouth Beach Assault it was time for all soldiers of The Royal Monmouthshire Royal Engineers (Militia) to move to Minley for Phase 2 of the ACT (Annual Continuous Training). 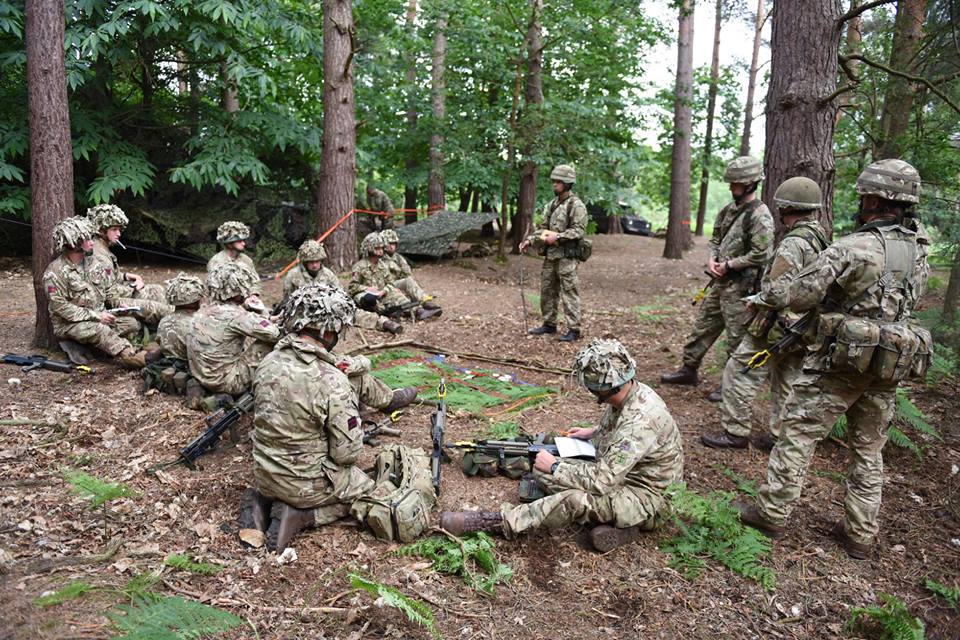 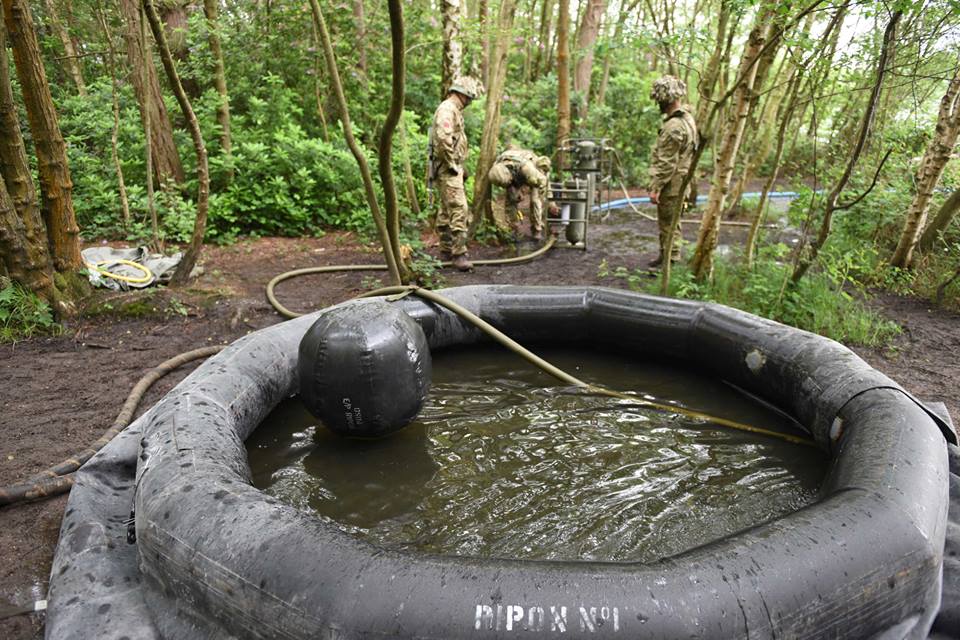 This week was focused around the 5 day exercise which would see many skills tested under field conditions.  After moving into harbour areas and getting into field routine the various tasks sites were recce’d (reconnoitered) in preparation.  With water being supplied from the local lake and rendered drinkable by our filtration/treatment equipment it was time for the rest of the work to begin. 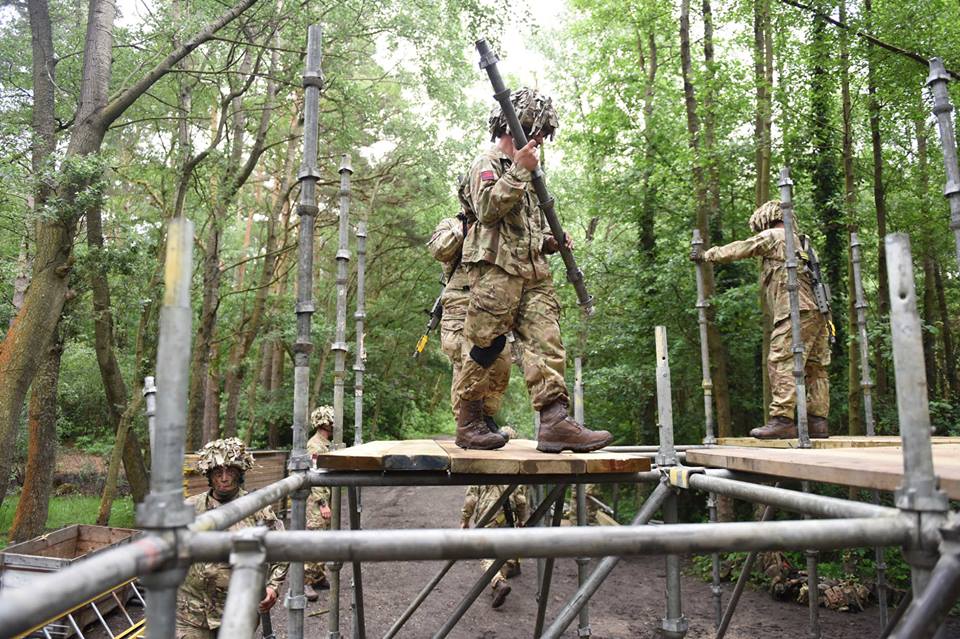 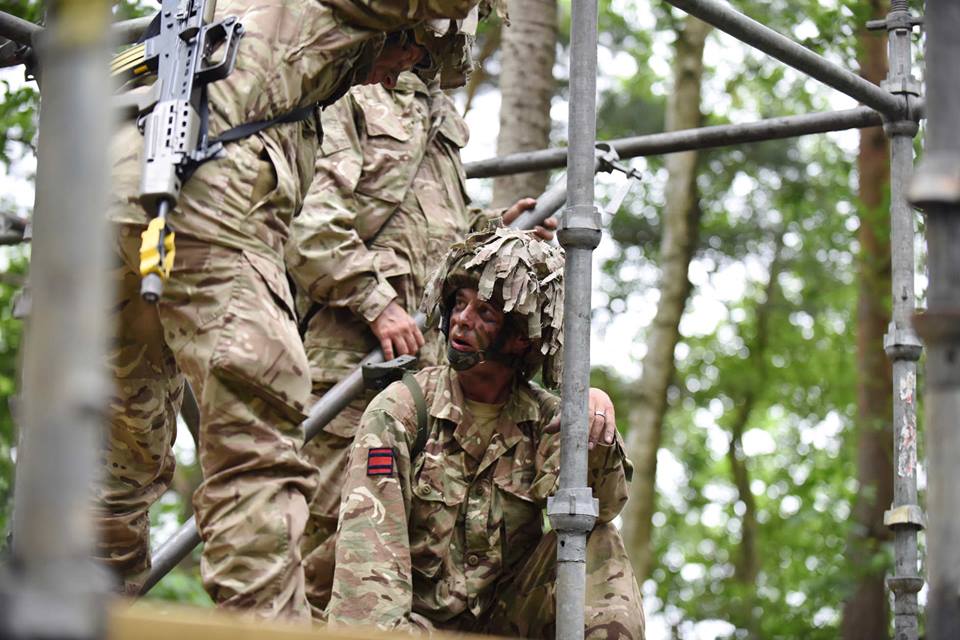 The main task of the exercise involved the creation of five separate culverts, each a different design, placed along a stretch of roadway that will provide a set of examples for future Royal Engineers undergoing training.  The task started well, under the watchful eye of Lt Jake Falconer and his management team, but after 24hours on task the heavens opened with torrential rainfall; quickly filling the ditches either side of the roadway.  The second half of the build was a battle against sucking mud to complete the remaining culverts and reinforcing the road banks.  Overall a great sense of achievement from being able to start and finish a real-life task with challenging time limits and testing weather. 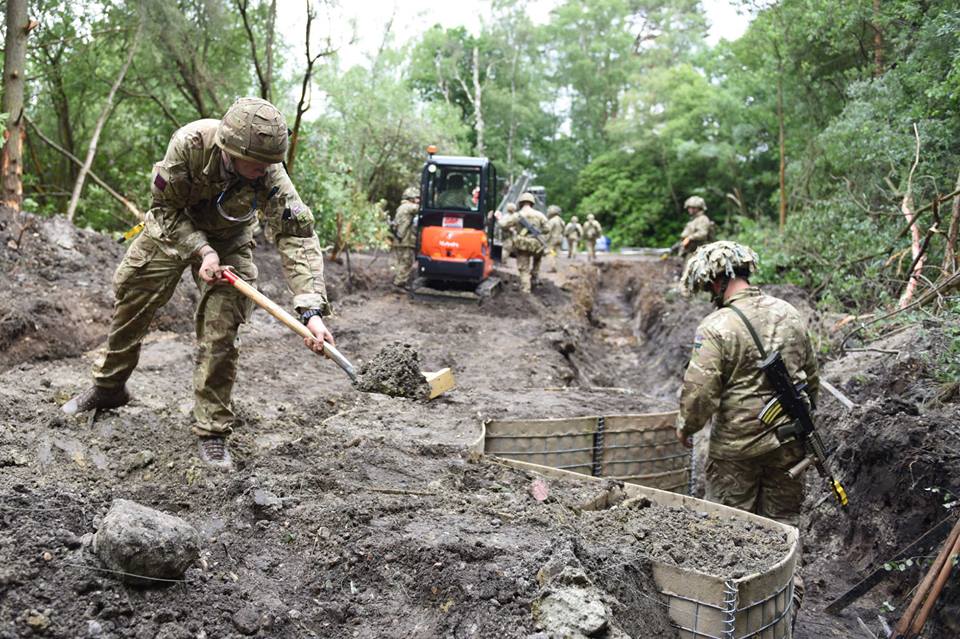 As well as the combat-engineering that is the bread and butter of a Royal Engineer unit it should be remembered that the supporting skills are vital to success.  Communications ensures awareness of what is going on and what is needed.  Resources specialists and drivers ensure that what is needed gets to where it’s needed.  And if you’ve been digging out a culvert all day there is nothing quite like returning to a hot meal produced by our team of chefs.  There is some culinary magic happening in their field kitchen every time it deploys. 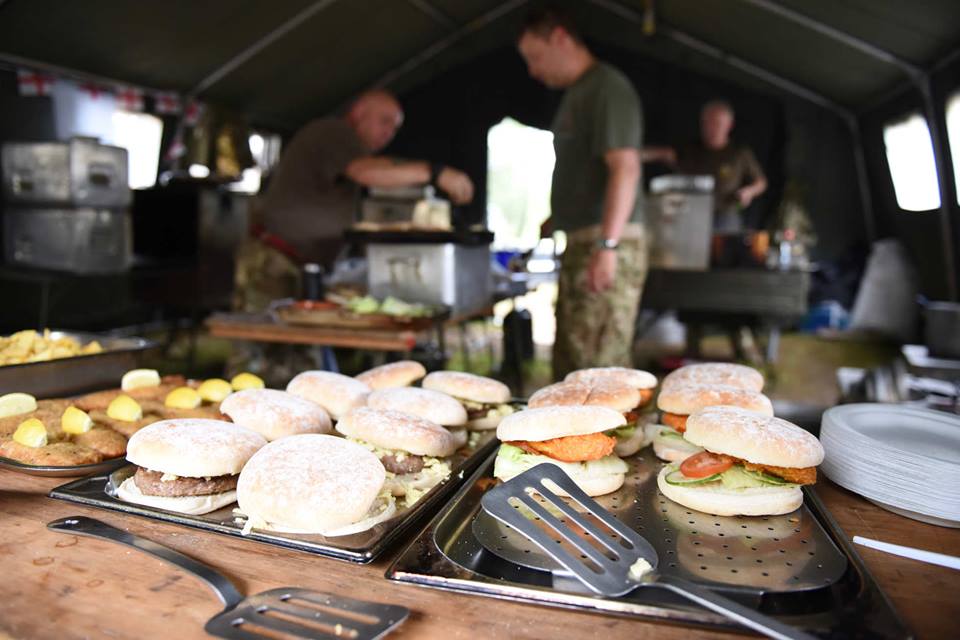 All British Army Reservists are expected to attend a 2 week camp every year.  This may be a course required by their career path,an opportunity to support wider Army activity or their unit’s ACT (Annual Continuous Training).  In the past camps have been as diverse as refurbishing and improving a Scottish zoo, Combat Engineering in Germany and construction tasks in Cyprus.  This year was a return to combat engineering skills along with enabling support skill-sets in Wales and Southern England.