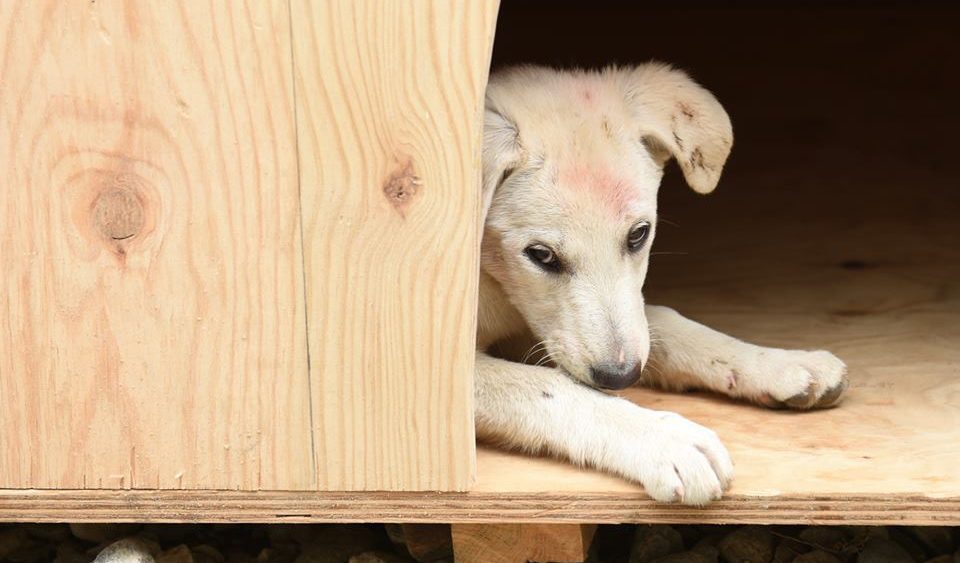 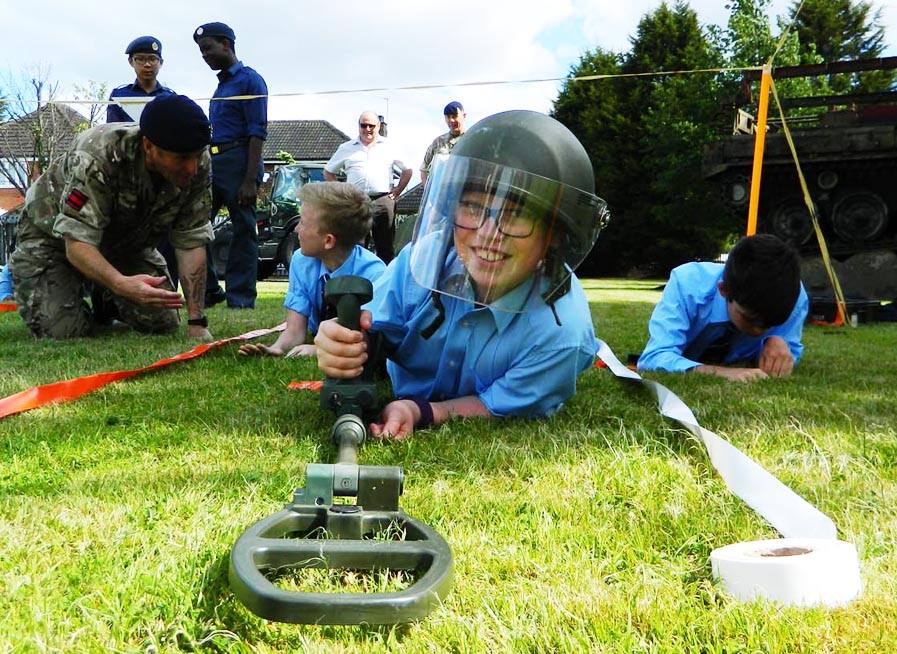 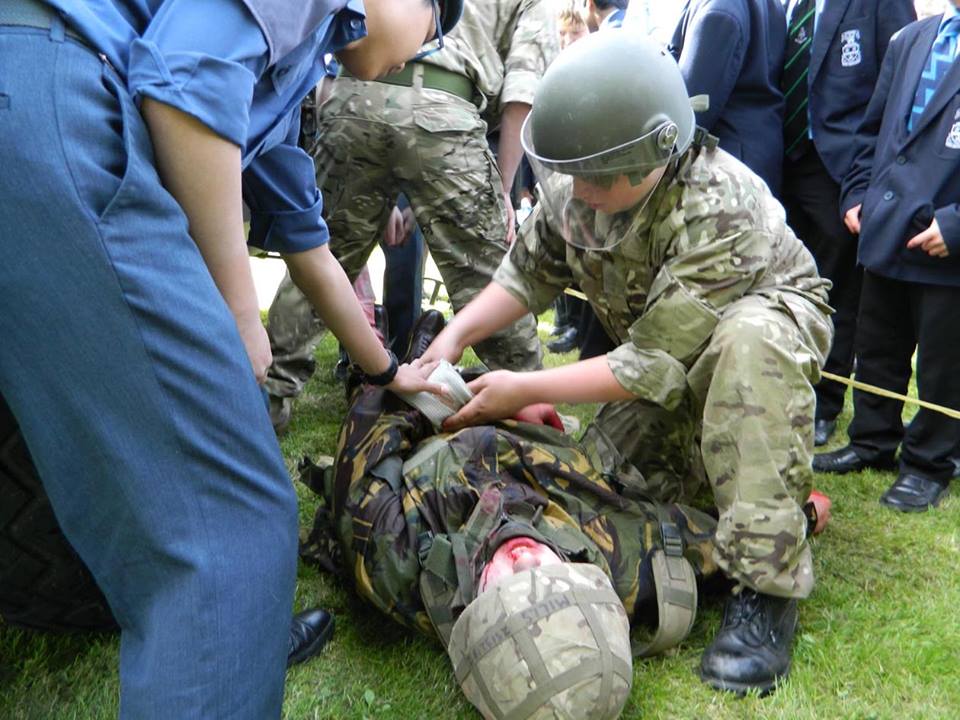 Cadets were also involved in a scenario which required them to evacuate an injured solder from an RTC and apply first aid techniques learnt from the Units Combat Medical Technician Cpl Clarke, who is also an NHS Paramedic. The main aim of the evening was to encourage Cadets to think about Regular or Reserve service once they leave the Cadets. 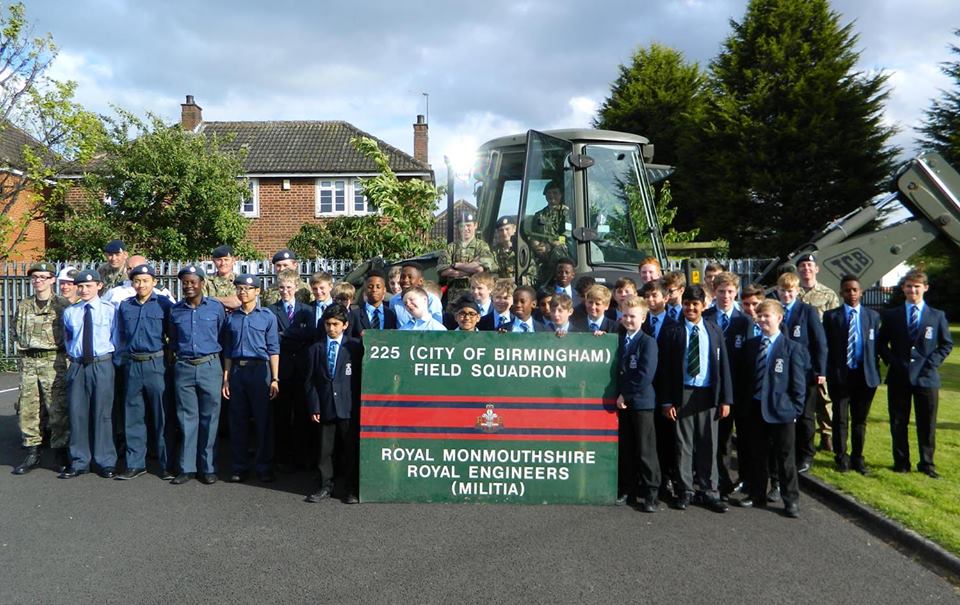 If you’d like to see more go to our Facebook page or view the photo album here.  225 Field Squadron has locations in Oldbury, Cannock and Stoke-on-Trent.

Meanwhile, in Romania, Sappers from The Royal Monmouthshire Royal Engineers (Militia) used spare time on the penultimate day of the 2-week construction phase of Exercise RESOLUTE CASTLE, to build a kennel for the stray puppies on Cincu Training Camp in Romania. 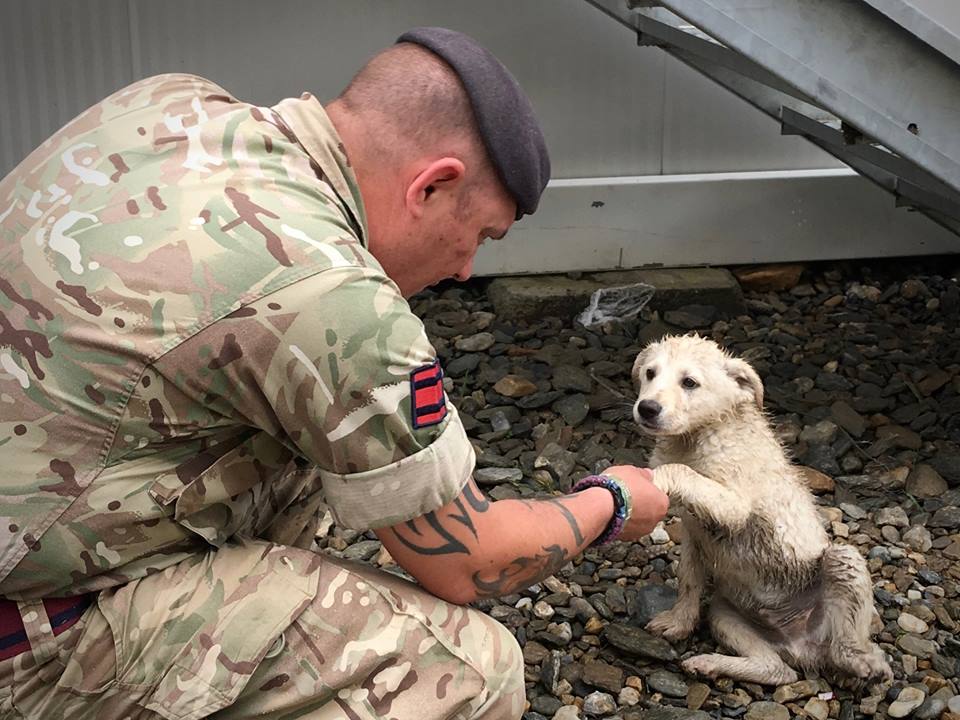 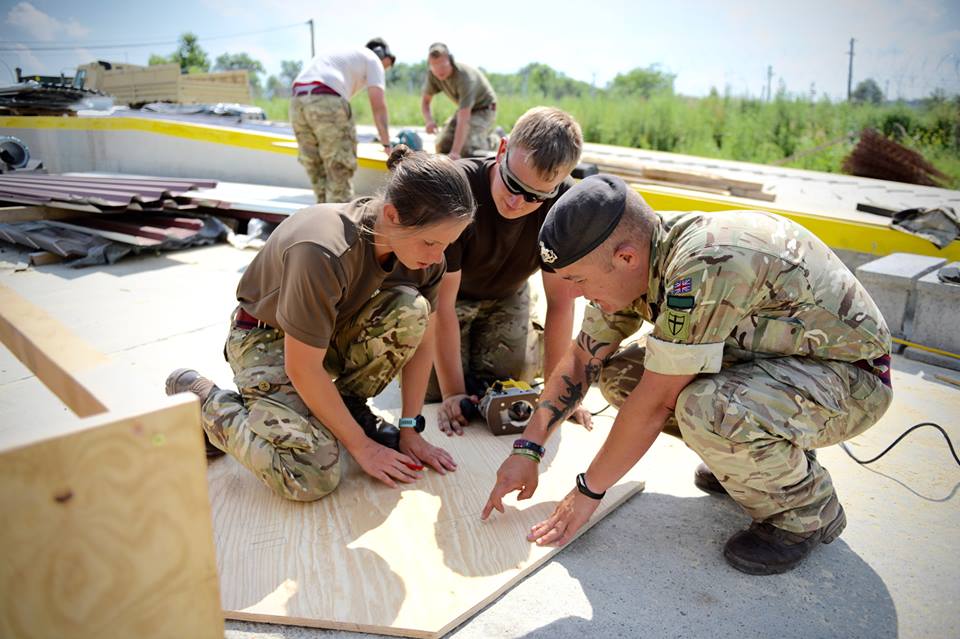 Following a positive social media response of a picture that was used by the British Army of Sapper Herbert greeting a wet and cold looking puppy that roam the Cincu Training Camp, he thought it would be fitting to build a dog shelter. 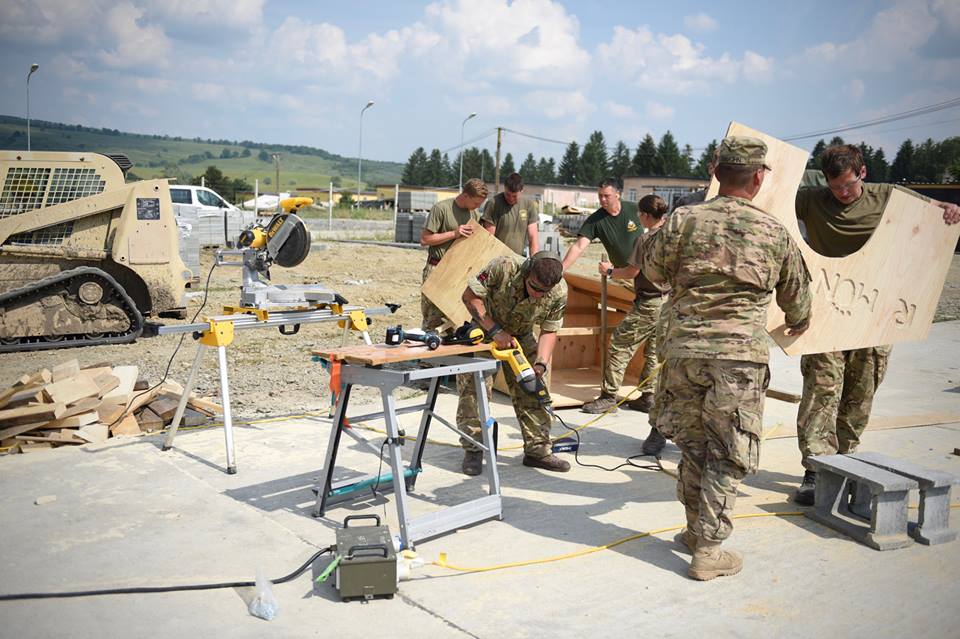 The Sapper Reservists are never short of artisan skill trades or project managers and quickly constructed the kennel with off cut materials and a little help from US Army Engineer colleagues in the resources yard. After completion Sapper Herbert with his colleagues reunited the stray puppies with their new accommodation. All dogs that free roam the Training Camp are fed by Romanian soldiers and are used for controlling vermin around the accommodation blocks. All British Soldiers on Exercise Resolute Castle are given full medial inoculations prior to deployment. Although no shelter is provided for the stray dogs on the Cincu Training Camp they are all in good health, friendly and have never posed a danger to any of the camp residents. 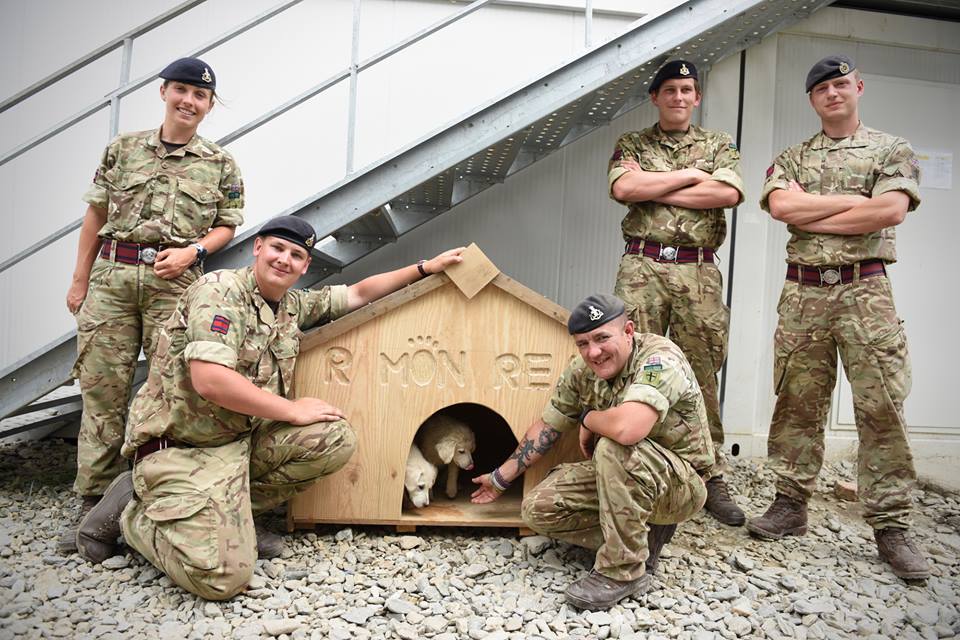