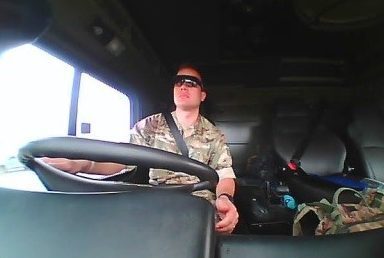 Project ANEMOI – a day in the life…on the Falkland Islands.

Project Anemoi is a huge Royal Engineer task to replace former RAF accommodation on the Falkland Islands in the South Atlantic.  Army Reserve Royal Engineer Cpl (Corporal) B of the Royal Monmouthshire Royal Engineers (Militia) has mobilised to serve there alongside his Regular counterparts at the front end of an 8,000 mile supply chain.  Here he gives us an insight into what ANEMOI involves for him.

“After arriving back from leave the next day I was put straight to work. With a small team we had the arduous task of collecting 430 tons of Agg(aggregate) from the quarry just outside of Port Stanley. This was a 60min drive each way and we had to do two trips each a day to get the job done on time. 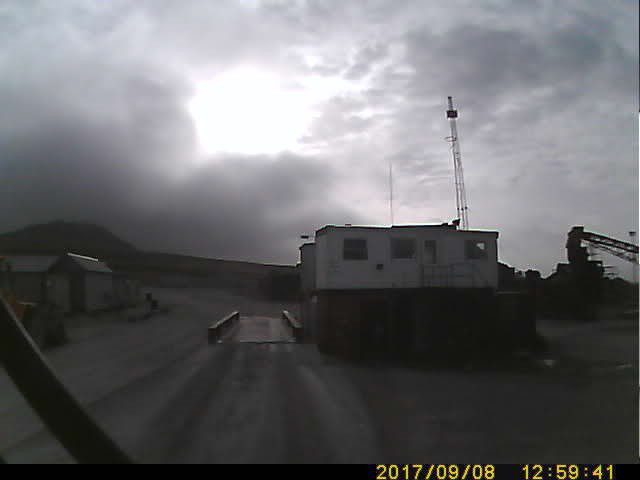 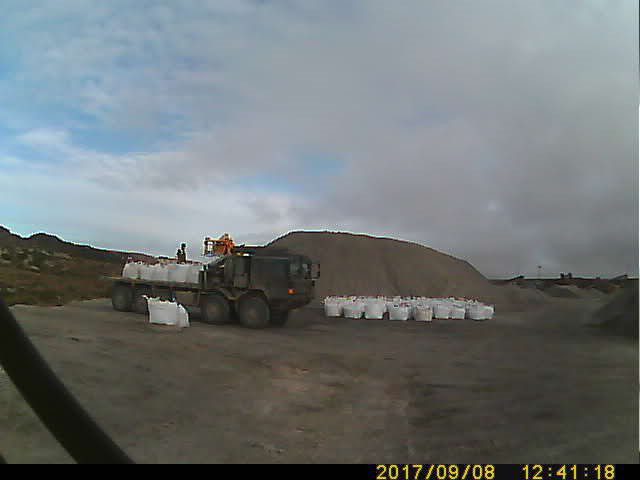 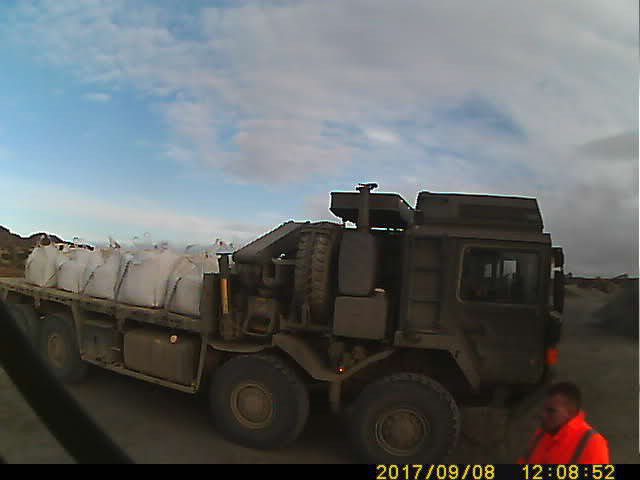 Every time we enter and exit the quarry we must drive over the weigh-bridge on the left of the building. To minimise wear and tear on the trucks we can only take 10-tons on each truck due to the road conditions.  We then must park next to the Agg we wish to collect; the quarry staff will then meet us there to load our trucks. It takes roughly 15 minutes a truck to load and strap down. This was not put into the planning when they initially planned this task for us and a lot of time was lost due to this. Again when it came to the unloading as this had taken 20-minutes per truck.  Trying to keep everything running smoothly I had broken us down into pairs. This would set off 30 minutes apart, this meant by the time the first pair was loaded the second would just arrive. we had to fit in and around the timings of the quarry staff again something else missed in the planning stages.  Once loaded and weighed we had the long drive back to Hangar Alpha. This is our base office; we would store the Agg here until it was to be transported to Port Howard of on the west island.

In order to complete this huge task we were lucky enough to get the Dutch Tug and Barge (DT+B) It is normally used to escort huge vessels into port, but from time to time can do work for us. Unfortunately the island ferry Concordia Bay had broken down at the port. There wasn’t enough room for both of them at the port as seen in the photo to the left. Even with its crane at maximum length it was still not close enough so we had to park half of the truck on the ramp which at this time of the day was under water. It had taken 30min per truck to unload; this had a huge impact on our timings as the plan was to do two trips a day. We had only loaded 50 tons that day. 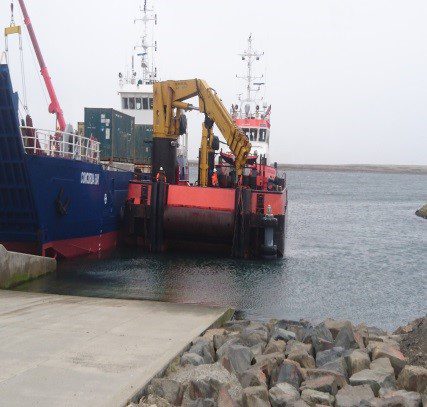 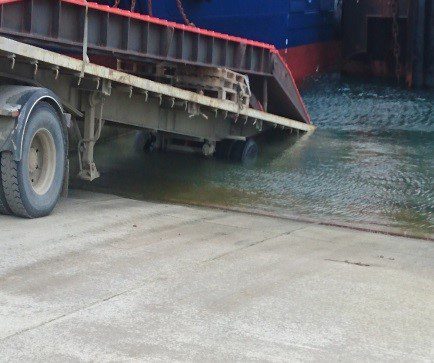 Along with the 430 tons of Agg we also had to get four iso containers and four 15 ton SVs (Support Vehicles) over to the west. But as the ferry was U/S (unserviceable) we couldn’t use it for the SVs. The Captain of the DT+B suggested using ramps to get them on the barge. A sketchy idea at best but it’s all we had. The next day the ramps had been delivered by a civi truck as they were twice the length of ours. But by the time he had arrived the tide was in so again we had to park it on the ramp under water.  The truck didn’t have any off road capability so I used my truck as an anchor just in case the worst happened. This was a very nerve wracking moment for the civilian driver.

A member of the crew had told me this is the first time they have used these ramps in 7 years – this did not fill us with confidence. As they were out of practice it had taken 1 hour to install the ramps. But as it was still high tide they were too steep to drive on and the trucks would end up grounding.  This only meant one thing, we would have to wait until low tide again in order to drive the trucks on. As you can see this wasn’t until night time which made this task even sketchier. This had been a very long day as we had watched the tide come in and go back out again. 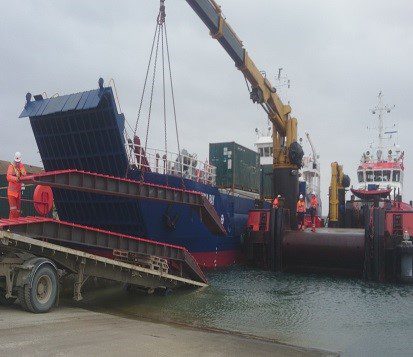 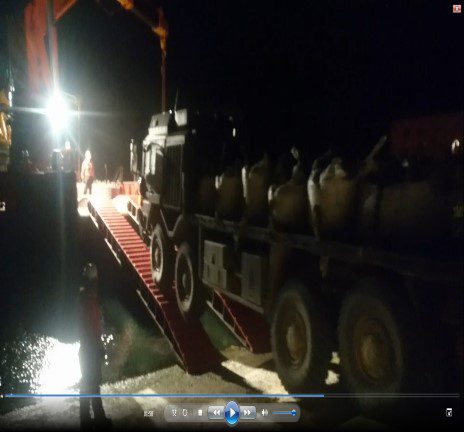 For the rest of the week and with every trip the rest of the Agg was delivered. Out of the 430 tons that had been collected from the quarry and delivered to Port Howard Via Hangar Alpha/Newhaven we have only lost 6 tons due to bags breaking. 10% is allowed so we are well under, that said the next task will be to deliver them to the hill tops once the roads open to us early next month. In the mean time I am now running the MT section due to the MT Cpl going home and his replacement not arriving until mid-October. Once he arrives I will then move to Port Howard on the west island as will be running the house and coordinating all road moves that side of the Island.”

If you’d like to see more about The Royal Monmouthshire Royal Engineers (Militia) go to our Facebook page.