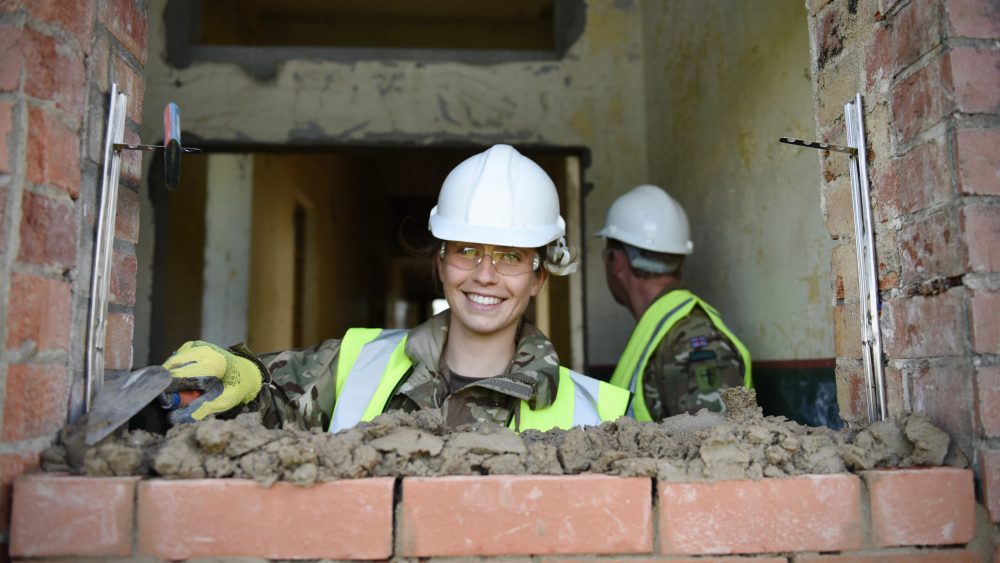 The Regiment continued its preparation for the forthcoming deployment to Romania by honing its Artisan skills on Caerwent Training Area.  Soldiers from all three Squadrons; 100 Field Squadron, 225 Field Squadron, Jersey Field Squadron, as well as elements of the Monmouth based Headquarters were present.  they spent the weekend applying their concreting, carpentry, brick and block laying skills to some of the buildings there thus providing real improvements to the wider Army (Regular & Reserve) training facilities as well as practicing those skills prior to Ex RESOLUTE CASTLE (#ExRESOLUTECASTLE). 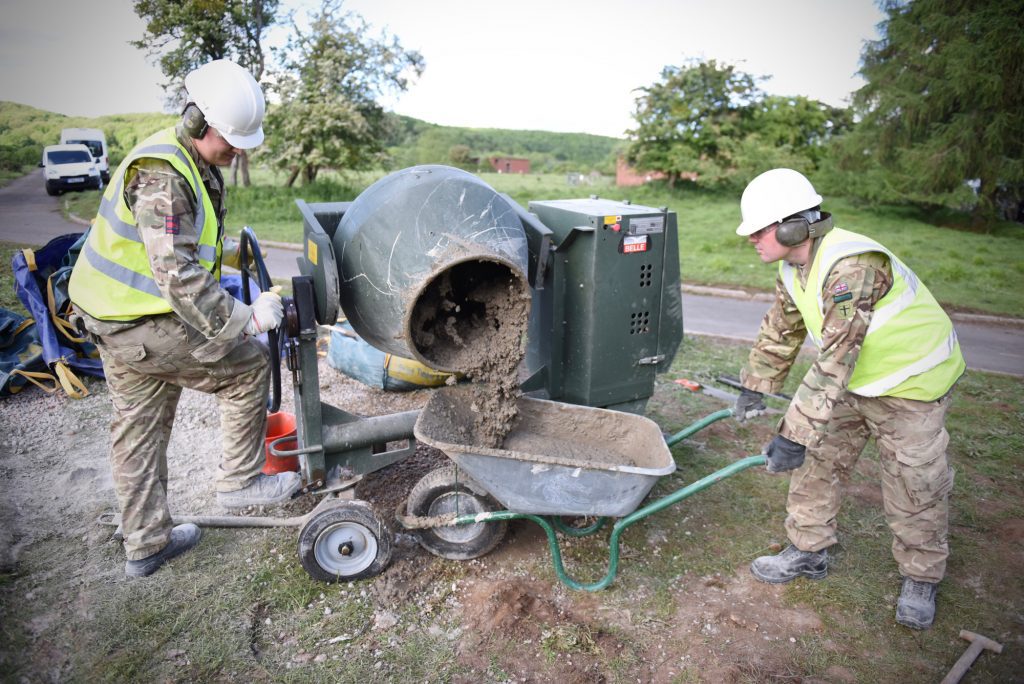 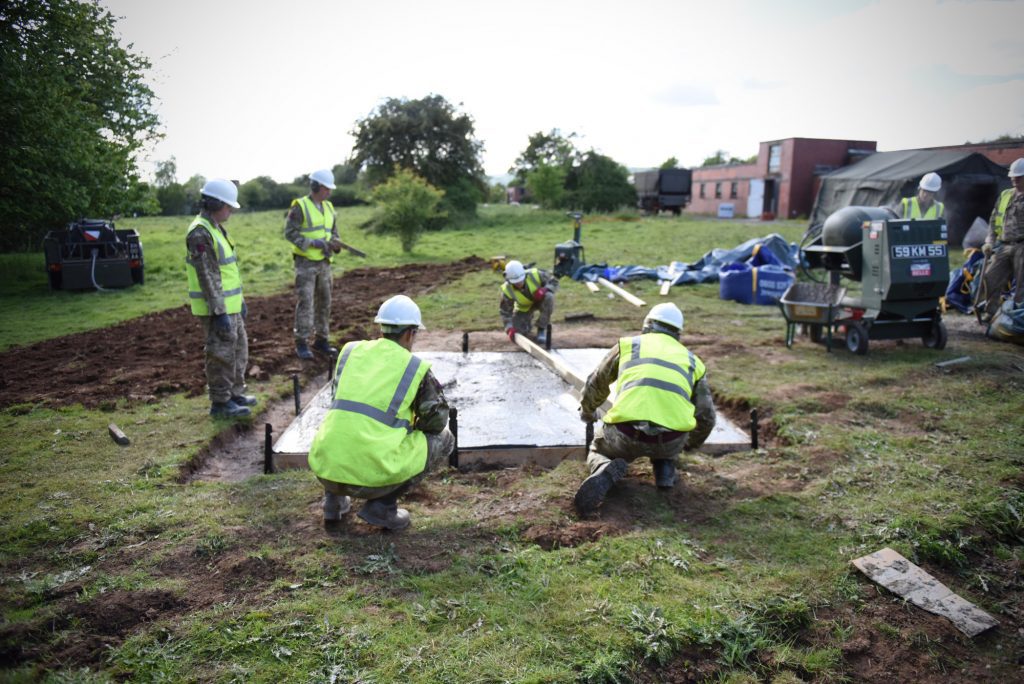 #Ex RESOLUTE CASTLE will see our soldiers deploy on three separate rotations between 5th June to 26th July 2017.  We will work alongside our American Army Reserve Engineers counterparts on an Exercise that is sponsored by the United States Army Reserve Europe (USAREUR). The aim of the exercise is to provide R Mon RE (M) the opportunity to achieve a level of training in a multinational environment, using vertical construction and Combat Engineer skills as the vehicle to achieve this.  You can follow the progress of the exercise through our social media channels by searching #ExRESOLUTECASTLE #RMonREM 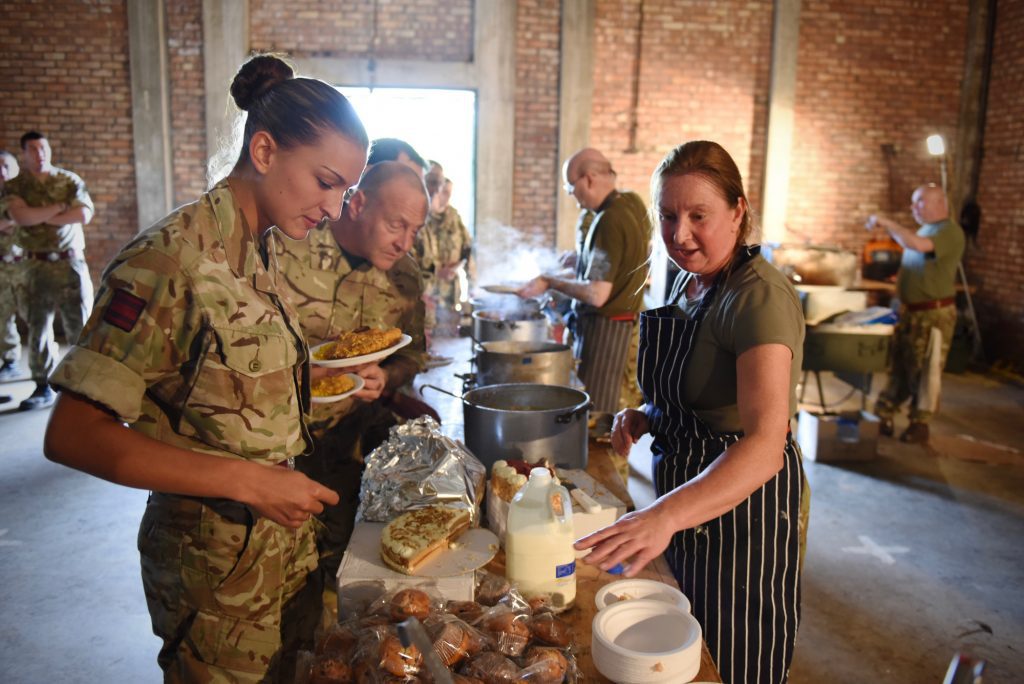 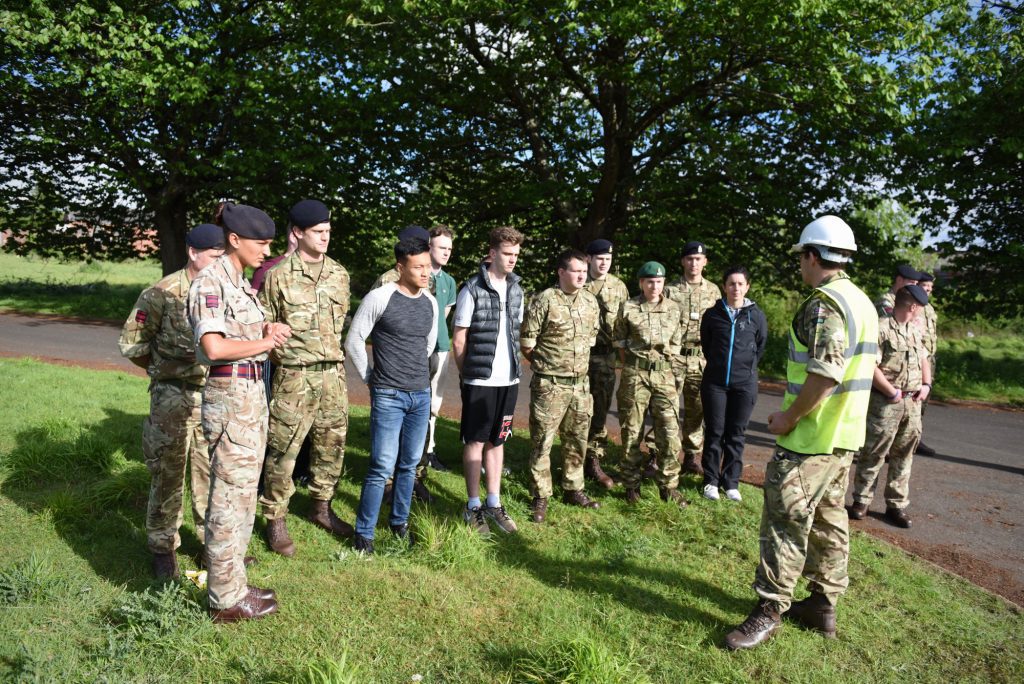 Meanwhile, back in Monmouth, work continued preparing future recruits for The Royal Monmouthshire Royal Engineers (Militia).  Potential soldiers from all our sub-unit locations; Monmouth, Bristol, Cwmbran, Cardiff, Swansea, Oldbury in Birmingham, Cannock and Stoke-on-Trent, not forgetting Jersey and Guernsey (!) met in Monmouth.  There they were put through training packages designed to prepare them better for the next stage of their training.  Once through training they will go on as part of the regiment and enjoy the future opportunities, wherever or whatever they may be.