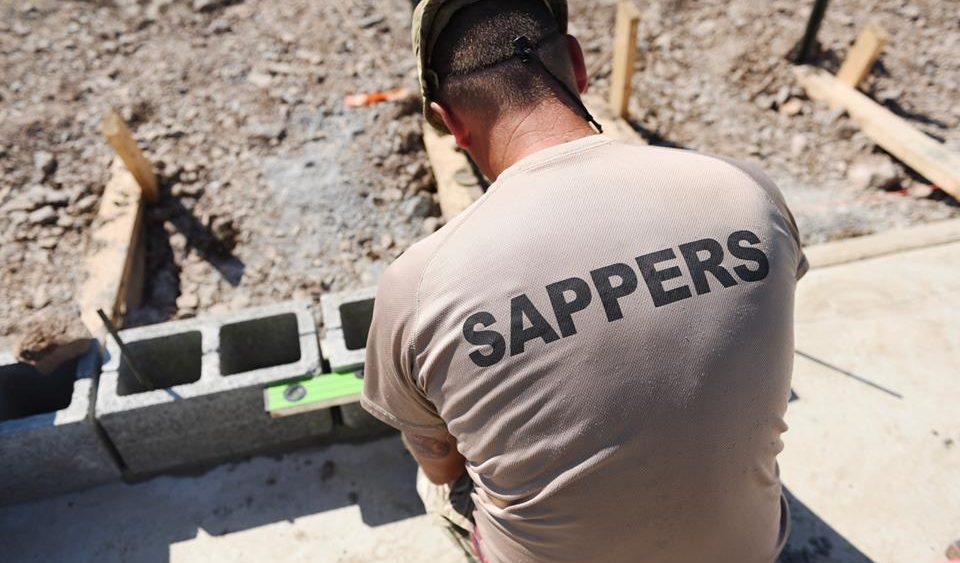 As the first 2 weeks of #ExRESOLUTECASTLE came to a finish so the time came for the first rotation of soldiers from The Royal Monmouthshire Royal Engineers (Militia) to return home.  They were soon replaced by rotation 2, mainly comprised of Army Reserve Royal Engineers from our 225 Field Squadron (Militia) sub-unit.  Where Cincu training area had played host to soldiers from South Wales and Bristol, now it welcomed our West Midlands contingent.  225 is made up of soldiers from Oldbury, Birmingham, Cannock, Stoke-on-Trent and their surrounding areas. 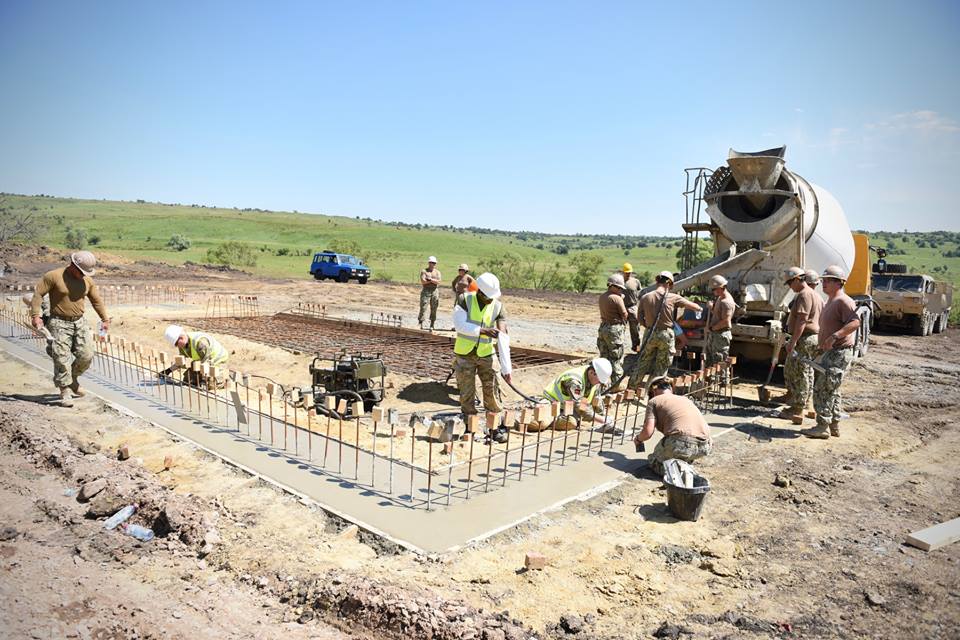 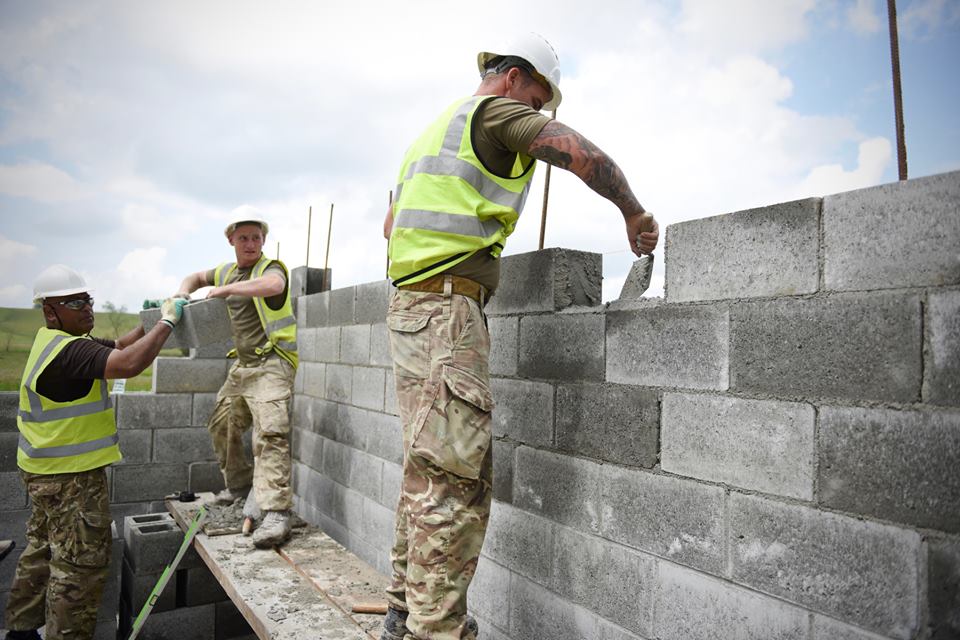 But there was no time to rest and though some high temperatures back in the UK tried to prepare them, they found themselves cracking on with work in temperatures that hit over 35°C.  Not your average for the Midlands!  2 Troop’s block layers set a fast pace making significant progress on the Operations & Storage Building.

Meanwhile 1 Troop began transporting and fitting the trusses to the Multi Purpose Cover Shelter (MPCS).  Mid week saw the departure of the American Rotations who everyone had made good friends with. New friendships will be made over the coming weeks again as their replacements arrive.  The American Reservists are also carrying out their ‘Annual Camp’ as are our soldiers.  This is a 2 week deployment whether in UK or abroad, on exercise or on course, that is part of an Army Reservist’s annual commitment.  2 Troop have also been given an additional task of assisting the US Navy Engineers ‘The Seabees’ on concrete and block laying task for the Explosive Methods of Entry (EMOE) building. 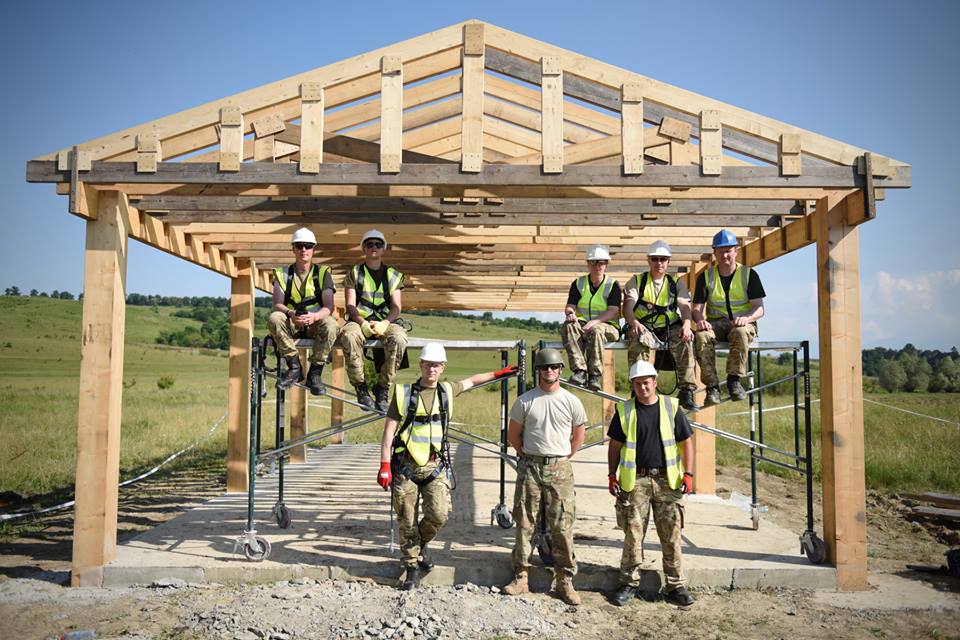