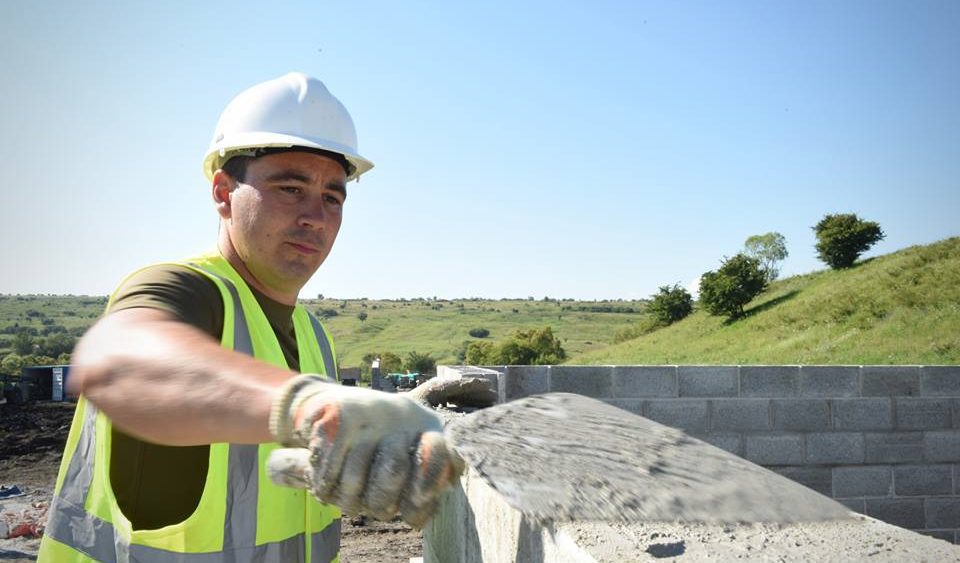 Handovers and a farewell to Romania #ExRESOLUTECASTLE

After 6 weeks and 3 rotations The Royal Monmouthshire Royal Engineers (Militia) part in #ExRESOLUTECASTLE comes to a close.  The OC (Officer Commanding) of our Jersey Field Squadron (Militia) sub-unit handed over all three construction sites which had all been completed within the allowed schedule.  The three sites had been a breaching facility, an Operations & Storage Building and an MPCS (Multi-Purpose Covered Shelter). 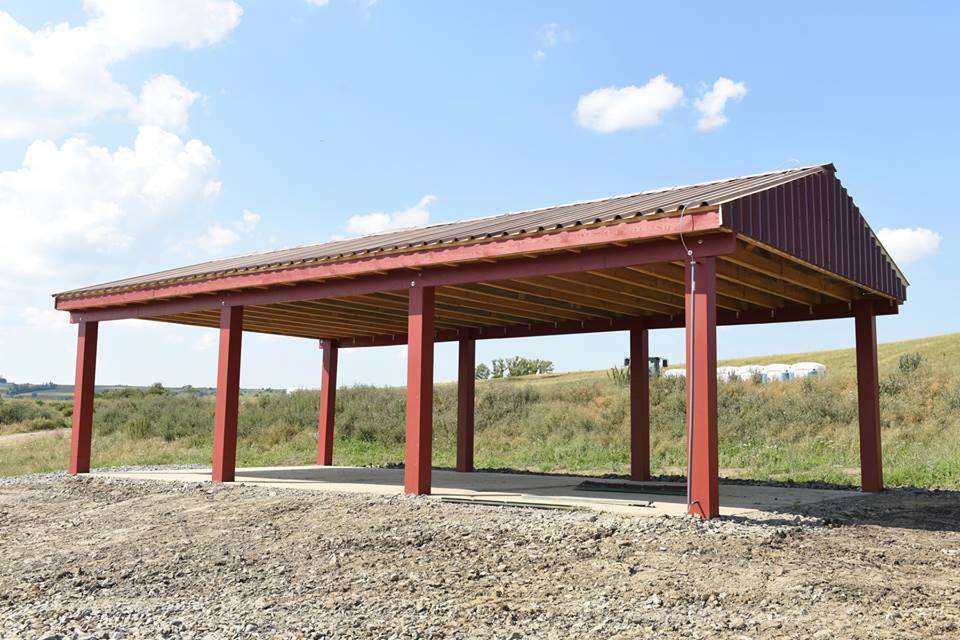 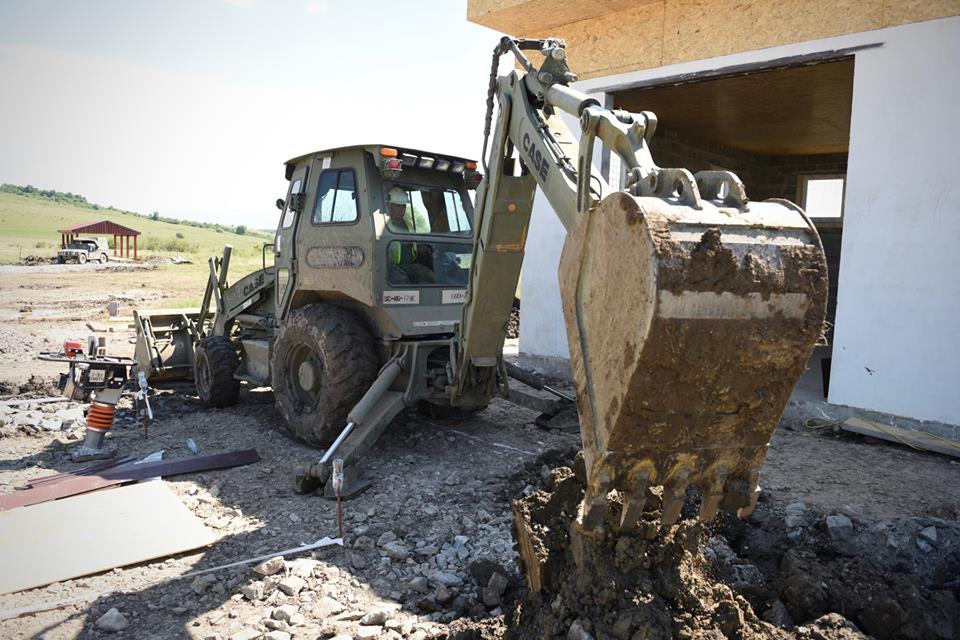 At the beginning of week 6 there was a visit from Brigadier Roberston of Force Troops Command and Lieutenant-Colonel Hunter and Major Bevan from 12 (Force Support) Engineer Group.  There was then a final huge effort to complete the roof of the Operations & Storage Building which now only needs its roller doors to be fitted by civilian contractors in order to be finished. 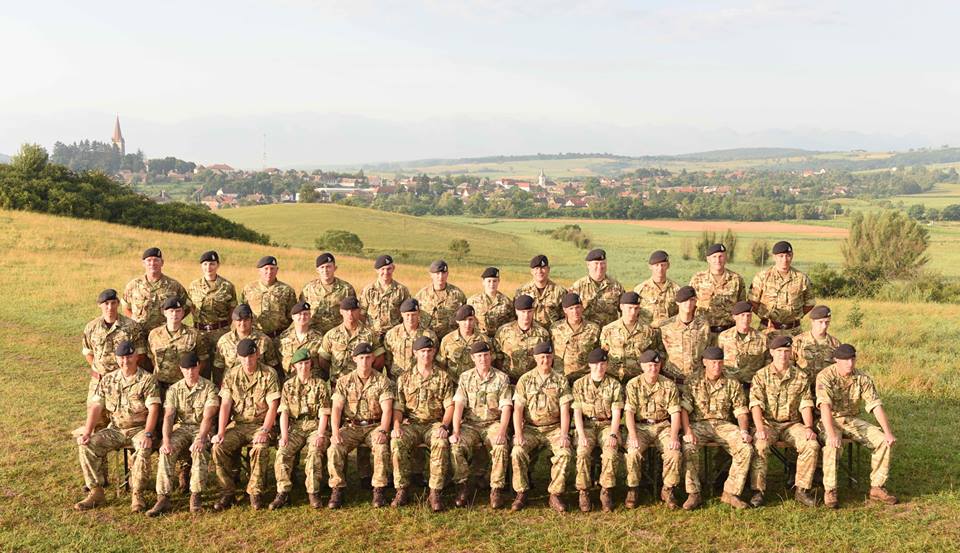 Block layers also completed the Breaching Facility as well as some additional tasks assisting in the finishing of some of the US Navy Seabees’ projects that had been taken on.  During the final handover of all projects to the US Task Force Cincu Command Management the workmanship of all the R Mon RE(M) rotations tasks was praised. 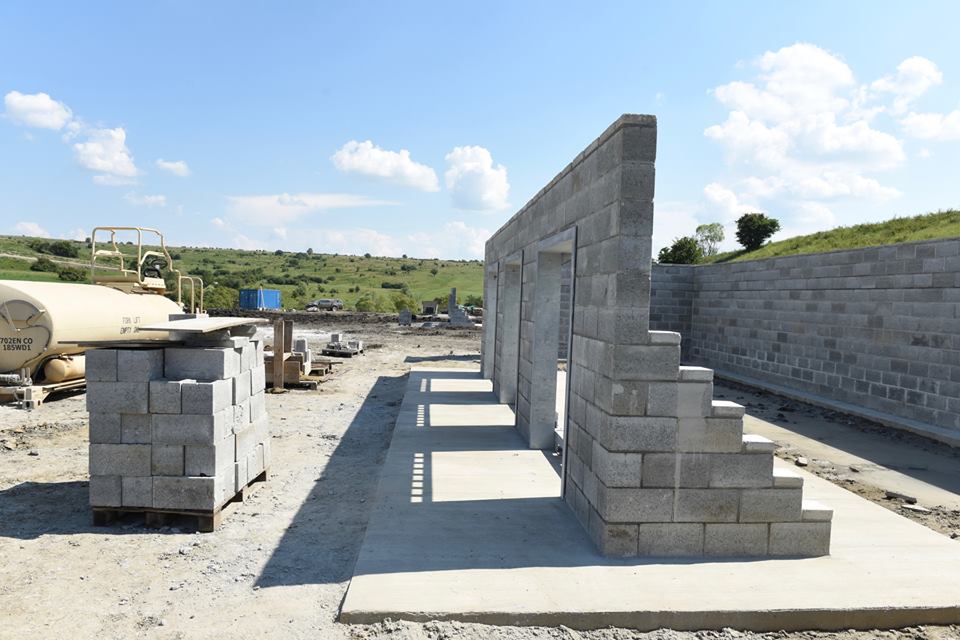 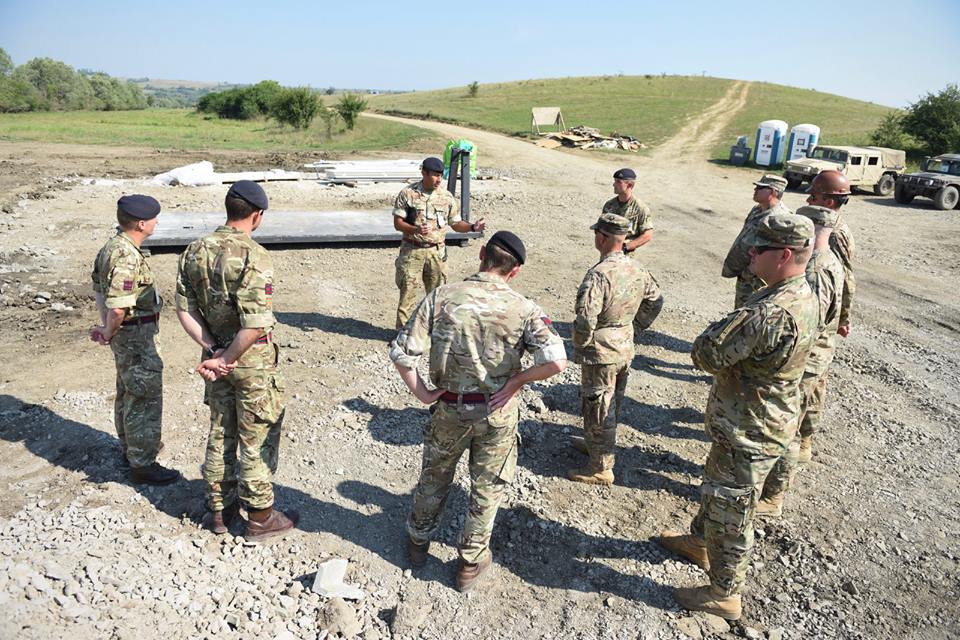 #ExRESOLUTECASTLE has been a great opportunity to practice our construction and artisan skills, combined with travel abroad and working alongside two of our NATO allies with the United States Army 926th Engineer Brigade of the US Army Reserve and the 10th Romanian Engineer Brigade.

Rotation 1 was headed up by our 100 Field Squadron sub-unit whose soldiers parade at Bristol, Cwmbran, Cardiff & Swansea.  Rotation 2 by our 225 Field Squadron who operate out of Oldbury (Birmingham), Cannock & Stoke-on-Trent.  And finally, Jersey Field Squadron, with soldiers from Jersey & Guernsey headed Rotation 3.  Soldiers from our Regimental Headquarters in Monmouth supported each Rotation.